THUNDER BAY – NEWS – A sixty-five-year-old man faces a number of charges in what Thunder Bay Police Service states is a historical sexual assault case. The alleged incidents occurred between 2008 and 2014 to a single victim. The investigation began in April 2017.

Police state that no other information will be provided to protect the identity of the victim.

Albert Kozlowski is currently out of custody with his next court date set as August 15, 2017.

None of the charges or allegations have been proven in court. 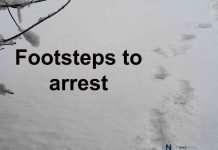