OTTAWA – Beginning this week the House of Commons will be studying and then moving to clause-by-clause consideration of Bill S-3, An Act to amend the Indian Act (elimination of sex-based inequities in registration). This Bill would have significant impacts for many individuals seeking entitlement to registration as well as First Nations and especially those whose membership is determined by section 11 of the Indian Act.

The proposed legislation in S-3 arose in response to an August 3, 2015 court decision of the Quebec Superior Court of Justice called Descheneaux. This case found there is still gender-based discrimination in the determination of entitlement to Indian status and band membership. The Court declared sections 6(1) (a), (c), (f) and 6(2) of the Indian Act violated section 15 of the Charter and are unconstitutional.

The court ordered the federal government to pass legislation to address the issues of residual gender-based discrimination found in this case by July 3, 2017. If amendments to the Indian Act are not made by this date, Indigenous and Northern Affairs Canada (INAC) will not have the authority to register individuals applying for Indian status or band membership entitlement in Québec, and possibly other provinces and territories as well.

To respond to this deadline, the government introduced Bill S-3 in October 2016. On November 23, 2016, National Chief Bellegarde and Deputy Grand Chief Stonefish, Chair of the AFN Women’s Council, appeared before the House of Commons Standing Committee on Indigenous Affairs and the Senate Standing Committee on Aboriginal Peoples to speak to the original amendments first introduced by the government.  The AFN’s submission noted that Canada’s continued imposition of a two-parent rule combined with the hierarchy of status transmission established by previous amendments to the Indian Act – now set out in s. 6(1) and s. 6(2) – lies at the heart of ongoing sex-based discrimination. National Chief Bellegarde called on Canada to go back to court to seek an extension and to make greater efforts to meet its legal obligations. This was done and Parliamentary hearings on S-3 resumed.

On May 9, 2017, National Chief Bellegarde appeared before the Senate Standing Committee on Aboriginal Peoples to again speak to issues raised by Bill S-3.  The government’s original amendments were intended to address three forms of gender-based discrimination found in Descheneaux: (a) first cousins whose grandmother lost status due to marriage; (b) women who were born out of wedlock between September 4, 1951 and April 17, 1985; and (c) minor children who were born of Indian parents, but lost entitlement to Indian status because their mother re-married a non-Indian after their birth.

The National Chief’s submission supported the elimination of sex or gender-based discrimination, and he indicated the Indian Act, at its core, cannot be fixed. He reminded the Committee of the standard required by the UN Declaration on the Rights of Indigenous Peoples respecting free, prior and Informed consent for any legislative measures. National Chief Bellegarde also spoke to the need for additional financial resources to provide essential government services to new registrants, as well as the need for additional reservation land entitlements to account for increases in new members. He encouraged First Nations to assert their inherent jurisdiction over all matters respecting First Nations citizenship.

The Senate Standing Committee on Aboriginal Peoples approved an amendment proposed by Senator Marilou McPhedran that would go much further than that proposed by INAC by extending entitlement back generations. On June 1, 2017, the Senate accepted this amendment and S-3 was passed with a clause commonly called “6(1)(a) all the way.” The intent of this provision would be to give entitlement to all direct descendants of individuals born prior to April 17, 1985 and previously entitled to be considered Indians under previous Indian Acts. The Bill is now in the House of Commons for consideration.

There are concerns that the amendment introduced in the Senate is not drafted clearly enough to achieve its intended purpose. There also is no clear understanding of the demographic or financial implications of the motion or any real sense of how many persons may be entitled to be registered (some estimates range from 60,000 to 2 million). INAC has taken the position that it would be irresponsible for the Government to adopt this amendment without adequate information and consultation with First Nations. However, some First Nations have expressed support for the amendments made by the Senate.

At the December 2016 Special Chiefs Assembly, Resolution 71/2016 was adopted calling on Canada to repeal section 6 in favour of First Nations’ authority over First Nations’ citizenship and identity. This resolution also calls on Canada to withdraw Bill S-3 and to meet its constitutional obligations under section 35 of the Constitution Act, 1982 to consult and accommodate before re-introducing any legislation.

WHAT YOU CAN DO 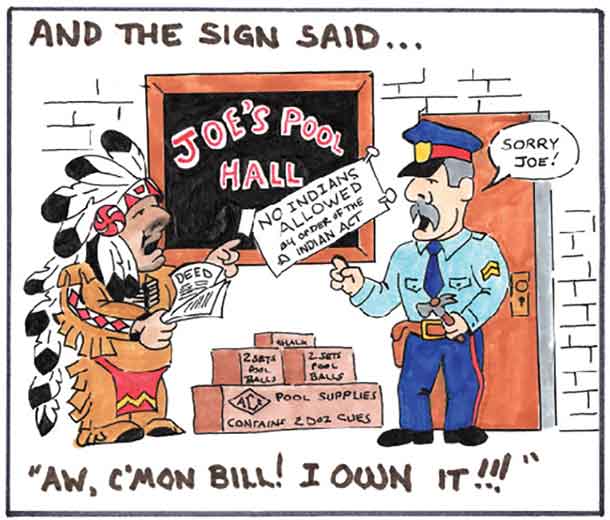