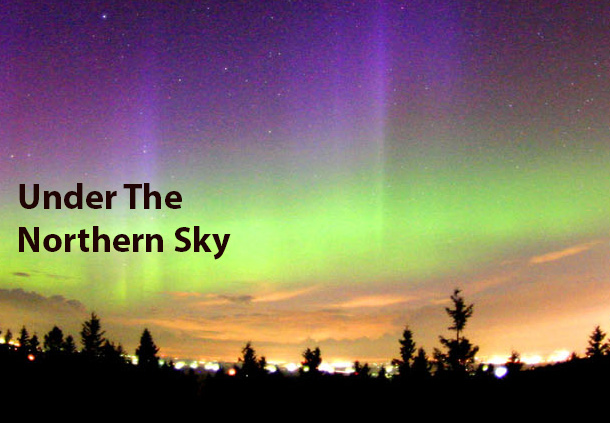 ATTAWAPISKAT – Its not easy being a Native person in this country. My people have had extreme challenges over hundreds of years and the fact that we have managed to survive is amazing.  As a Mushkego Cree from the James Bay coast, I speak my language and I also have a good understanding of my ancient culture and traditions.

I am part of the first generation of the James Bay Cree to be born in a hospital and live full time on a reserve. My mother Susan and father Marius were born on the land and for much of their early life they lived the ancient traditional nomadic life of the James Bay Cree. Throughout my life, my heritage has been a mixed blessing. On one hand when I travel and meet Europeans and other cultures, I feel special with their reactions mostly of respect and intrigue. However, on the other hand, when I am home in Canada, often I have had to deal with racism, intolerance and jealousy.

I realized from a very early age that the colour of your skin and your culture was a big deal. As a child I watched the television lives of non-Natives in the outside world who seemed to have everything. They had all kinds of food, nice houses, fancy cars and comfortable lives. However, in my little First Nation of Attawapiskat we had poor housing with way too many families grouped together in shacks, no running water, no clean drinking water other than what we hauled from the river and few employment opportunities.

In the 90s, things seemed to change for the better in some ways and abject racism became replaced by a new respect and interest in my people. Although, there was a backlash with the election of the Conservative Harper government, for some time things have gotten better again under the Liberals. Over the years I have seen Native people attain higher education and become lawyers, politicians, educators and health care professionals. Native artists, performers and writers have also had success and there has been a trend to great interest in Aboriginal issues and art globally.

In just the past two decades we have seen federal and provincial governments apologize to Native people for the wrongs committed since the arrival of the Europeans. There has been an attempt at a healing and compensation for so many thousands of my people affected by the residential school system, the 60s Scoop and general oppression of and taking advantage of Natives.

Unfortunately, even with all the words and announcements that have been made by governments and advocates over the past few years, I have felt that much of these words have been more or less empty and that the surface has changed but the undercurrents of the same old sentiments still run deep.

Strangely, this fact rears it’s dirty face in the words of non-Native editors, writers and artists across Canada. Recently, I have been reminded that many Canadians still don’t take us seriously as a people and they find it just fine to take advantage of our cultural traditions, history, art and stories to enhance their own careers and make a few more bucks on our backs.

When I read the headlines regarding an editorial from the Writers Union Of Canada in their quarterly magazine that advocated for more cultural appropriation in Canadian literature with no conscious thought as to what that meant for Aboriginal people in this country, I realized that much of Canada still feels this way. This may not have been such a big deal at first as it was the voice of one leader in the literary arts world but it was immediately supported by other major non-Native figures and representatives in the arts, cultural and communications media. There are many people in the Canadian arts and literary community who find that is perfectly acceptable to take over, represent or even speak for another culture that is not their own.

Although I believe in free speech and free thinking, I think the arts community has be be sensitive in terms of how it uses and abuses the right to appropriate our culture, traditions, images and stories. Is it too much to ask non-Native artists, writers and performers to think about what they are doing when they jump on the Native bandwagon? If these creative non-Natives feel that by taking advantage of a trend in an interest in Aboriginal music, images, culture and traditions because it is beneficial to them, then that is wrong. It is simply wrong and a very stupid thing to be doing. You all should concentrate on something else and leave us alone. Now, if you claim you are Native and in fact are not to gain a career, well, this unforgiveable. So, let’s hope the recent feedback and outcry about this issue makes the non-Native arts community stop in its tracks and realize stealing our stories, images, traditions and culture is no longer acceptable.

The real litmus test for me is when I see non-Natives write about or create artwork concerning my culture because it is fashionable or trendy and highly marketable. This type of opportunism for the sole purpose of making another dollar and selling their products on our backs is simply wrong.