WASHINGTON (Reuters) – President Donald Trump’s dismissal of Federal Bureau of Investigation Director James Comey has raised questions about the future of the agency’s probe into Russian attempts to sway the 2016 presidential election and possible collusion with Trump’s campaign.

Democrats are worried Comey’s firing on Tuesday could jeopardise the ongoing FBI probe and have renewed calls for an independent investigation. Some Republicans have said that could undermine concurrent investigations underway in the U.S. Senate and House of Representatives.

Here is what could happen next:

* The investigations already underway could continue. Comey’s firing does not necessarily mean the FBI’s investigation into Moscow’s role in the 2016 election will be disrupted or end, legal experts told Reuters. The career FBI staffers Comey put in charge of the probe will likely continue it, even as the search for a new director begins.

The parallel inquiries underway in Senate and House committees could likewise progress.

* The Justice Department, other federal agencies or the U.S. Congress could conduct independent investigations.

The Justice Department could conduct a criminal investigation. But other federal agencies and departments have the power to conduct fact-finding inquiries, according to University of Southern California law professor Sam Erman.

Congress could also create a special commission or appoint a special master separate from the committee probes, Erman said.

* The Justice Department could appoint a special counsel.

Most Democrats have said they prefer the appointment of a special counsel at the Justice Department to oversee the probe since it is the only agency that can bring a criminal case.

A law related to the appointment of a special prosecutor lapsed in the 1990s but department regulations provide that the attorney general can appoint a special counsel from outside the federal government.

If the attorney general ignores the recommendations of a special counsel, the rules specify that a report must be sent to Congress, according to Justin Levitt, a professor at Loyola Law School in Los Angeles.

The attorney general can hire staff to do the job of a special counsel without triggering department rules. This occurred in 2003 when a special counsel investigated the disclosure of the identity of intelligence officer Valerie Plame.

Attorney General Jeff Sessions has recused himself from involvement in Russia-related probes after misstating his own contacts in 2016 with Russia’s ambassador in Washington. Rosenstein would likely appoint a special counsel.

Some Democrats, however, have already raised questions about Sessions’ role in advising Rosenstein on Comey’s firing and called for a nonpolitical appointee at the Justice Department to make the special counsel decision.

* The appointment of a special counsel would not end the congressional probes.

Senate Republicans, including some from leadership, have said a special counsel should not be appointed because it would imperil ongoing congressional probes but a special counsel would not have the authority to demand Congress halt a probe.

Criminal probes can at times complicate congressional matters, particularly with witness testimony. But an investigation undertaken by a special counsel would be no different than the one already underway at the FBI. “It wouldn’t interfere any more or any less if a special counsel were appointed,” Levitt said. 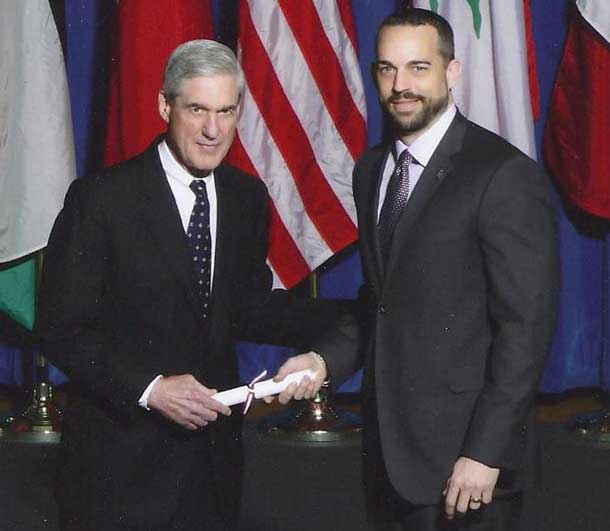