By eliminating homelessness, the Alberta city has reduced the crime rate, the workload on first responders, hospital emergency visits and pressure on the courts

PRINCE GEORGE, B.C. – SOLUTIONS – Former American president Jimmy Carter said, “The measure of a society is found in how they treat their weakest and most helpless citizens.”

Serving those in need may seem simply like the charitable thing to do. When we look a bit deeper, however, we see that many social programs help the entire population. Even on a financial level, projects that benefit those in need benefit us all.

In Canada, two programs have become engrained in our culture: public education and socialized medicine. Neither is perfect and both are in need of constant improvement,  but the benefits of both far outweigh their costs.

Our education system is one of the key factors in making Canada a great place to do business. We have a well-trained workforce that’s adaptable to changing demands. The resources invested in each child come back to us many times over.

Our American neighbours often point to our health-care system as either a scourge or a panacea. The bottom line is that our publicly-insured medical system gives service to our entire population at a fraction of the cost of their selective, privately-insured system. Canadians are also able to live with peace of mind knowing that the cost for medical emergencies will be covered. This is simply not the case for many people living in the United States.

A new idea is now emerging in Canada that’s as innovative and revolutionary as public education and socialized medicine were in their day. While the following project looks like an additional public expenditure on something that should be delivered by charity groups, it simply makes good financial sense.

In 2009, the Alberta city of Medicine Hat established the goal to eliminate homelessness. It was seen as a humanitarian effort and a money-saving initiative. By 2015, the goal was achieved. Today, people spend no more than 10 days in temporary shelters before they‘re assessed and on their way to find a home.

Housing and caring for these vulnerable individuals has reduced the crime rate, reduced the workload of first responders, reduced the number of hospital emergency room visits and eased pressure on the courts. While it can cost over $100,000 a year to service a person living on the streets, it costs roughly $35,000 a year to give a person a permanent roof over their heads and provide them with the services they need.

Not only does giving homes to the homeless make financial sense, it improves the quality of life for everyone. Many of the people living on the street suffer from addictions and mental health issues. These are realities for many families. As Harold Kushner stated so beautifully in his book When Bad Things Happen to Good People, challenges in life can happen to any of us. When we give homes to the homeless, just as when we provide publicly-funded education and health care, we’re helping ourselves.

A great deal of credit must be given to the community leaders and municipal government in Medicine Hat. Homelessness is a long-standing social challenge that has been difficult to solve. They have not only implemented a solution that respects people’s humanity, they have proven that it’s cost-effective. They also established a model that other cities are beginning to emulate.

The long-term benefits of this solution to homelessness are yet to be seen. It’s not unrealistic to conclude, however, that the Medicine Hat model will spread across Canada and throughout the world.

And that it will improve the quality of life for not only the most vulnerable, but for all citizens. 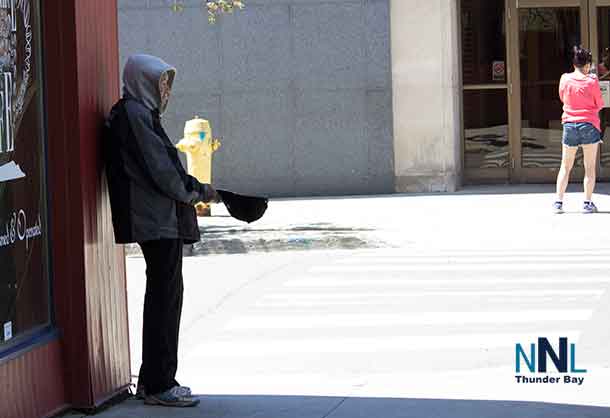 Ontario Partnering with Municipalities on Homelessness