In her first interview since losing the 2016 U.S. election, Clinton said the prospect of electing the first woman president was exciting for some Americans, but threatening to others.

“Certainly, misogyny played a role. And that just has to be admitted,” Clinton told an audience of about 3,000 people at the Women in the World Summit in New York on Thursday.

“Part of the bullying and part of the name calling … is to crush your spirit and feel inadequate. And I just refused to do that – and that infuriated everyone,” Clinton said in the interview, conducted by New York Times columnist Nicholas Kristof.

Clinton said she didn’t understand the Trump administration’s “commitment to hurt so many people” and was concerned women’s rights around the world were under threat.

“The targeting of women – which is what is going on – is absolutely beyond any political agenda,” Clinton said. “The more we support women, the more we support democracy … Women’s issues are national security issues around the world.”

The State Department said on Monday it was ending U.S. funding for the United Nations Population Fund, the international body’s agency focused on family planning as well as maternal and child health in more than 150 countries.

It comes after Trump in January reinstated the so-called Mexico City Policy that withholds U.S. funding for international organizations that perform abortions or provide information about abortion.

Clinton said she has no intention of another run for public office and said she is writing a book that, in part, delves into what derailed her attempt to become America’s first woman president.

“For people who are interested in this, the nearly 66 million people who voted for me, I want to give as clear and as credible an explanation as I can,” she said. 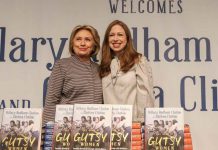 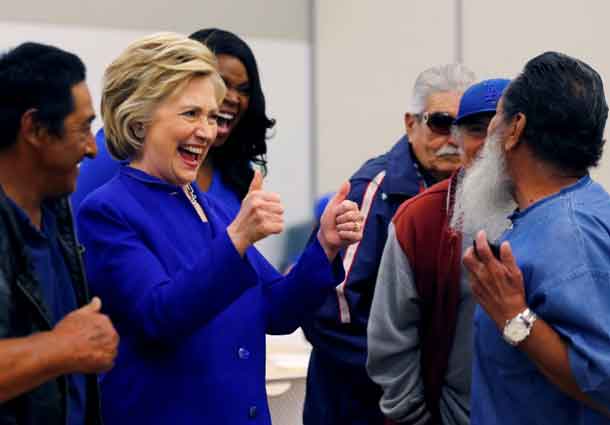