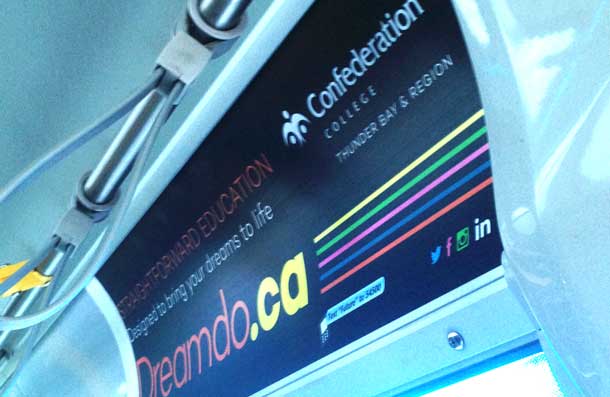 THUNDER BAY, ON – SPORTS – The Student Union of Confederation College Inc. (SUCCI) will host its Annual Athletic Awards Banquet on April 11, 2017. The banquet will recognize the accomplishments of local and regional athletes and coaches as per the below.

Captain and top scorer of the Thunderhawks Women’s Hockey team, Drue Ahola was crowned this year’s Female Athlete of the Year. Thunder Bay’s Ahola will be a graduate of the Dental Hygiene program. Ahola has demonstrated her true athletic spirit and dedication for the sport of hockey with her amazing accomplishments: recipient of the Thunderhawks Women’s Hockey team Most Dedicated award for the second time in her 3-year college career, team MVP and Assistant Captain in her second year, and maintained Honour Roll throughout her academic career.

Thunderhawks dual athlete, Nathan Lohnes was presented with this year’s Male Athlete of the Year award. Lohnes hails from Grimsby, ON and is completing his first year in the Power Engineering

program. Lohnes was a member of the Men’s Golf team & Skip on the Men’s Curling team. Lohnes demonstrated great leadership and commitment to College athletics, making him the natural choice for recipient of this award.

Varsity Athletic and Sport Team MVPs were awarded to:

Marco Chiappetta, graduating from Culinary Management, was chosen as this year’s D.A.R. Bradshaw Athletic Achievement Award recipient. This award is presented to a graduating student, demonstrating the most improvement in and contribution to athletics, and whose quality of spirit and competitive drive contributed to the overall success of the College athletic program. Chiappetta has been a member of the Thunderhawks Men’s Indoor Soccer team for the past two years, is SUCCI’s current Director of Athletics, and has been elected by his peers to the position of SUCCI Vice President – Internal for the 2017-18 academic year.

Tbaytel was also acknowledged for its ongoing, generous sponsorship of the Thunderhawks Athletics program.