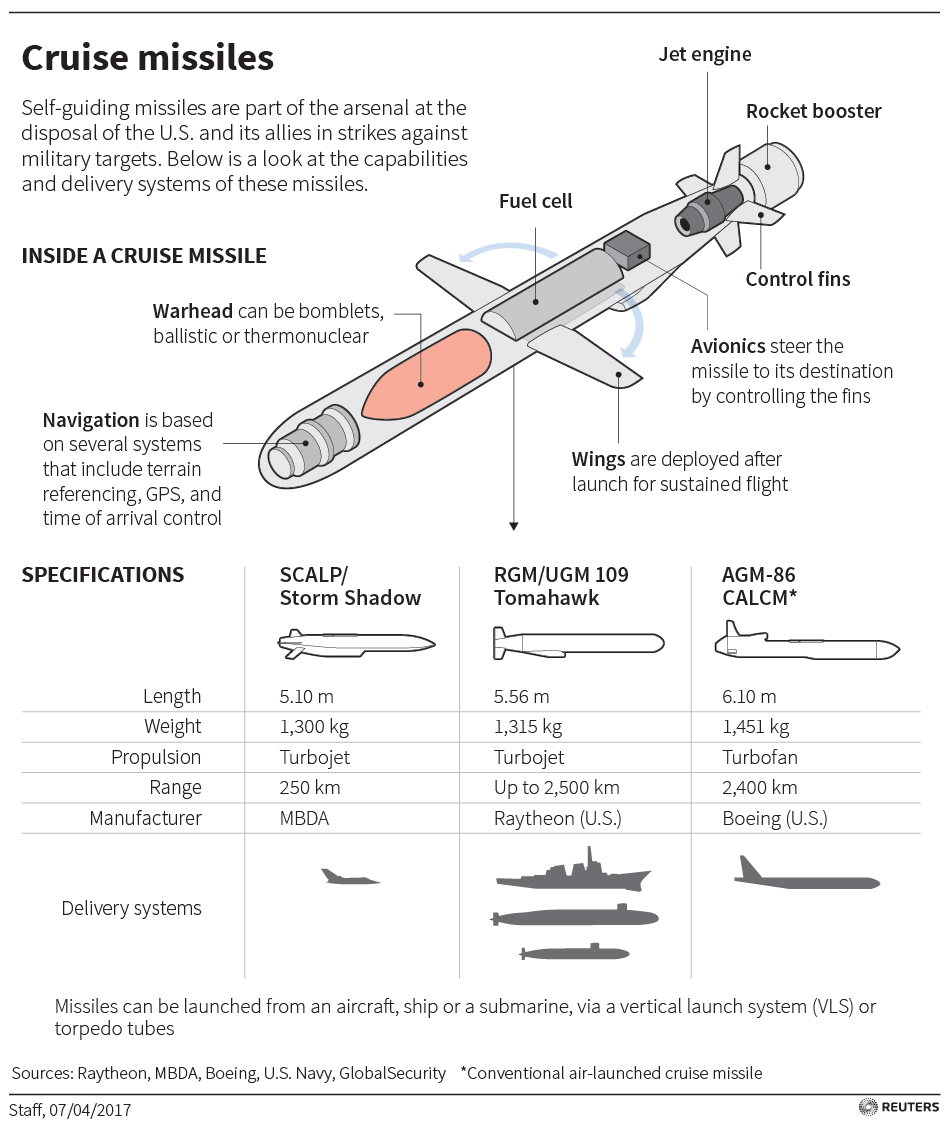 By John Walcott and Steve Holland

Trump, who had long said the top U.S. priority in Syria should be to fight Islamic State, immediately ordered a list of options to punish Assad, according to senior officials who took part in the flurry of closed-door meetings that played out over two days. 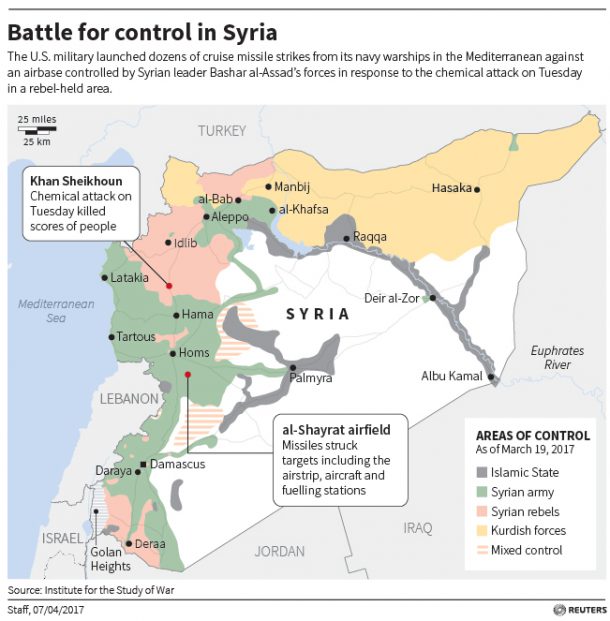 Confronting his first foreign policy crisis, Trump relied on seasoned military experts rather than the political operatives who had dominated policy in the first weeks of his presidency and showed a willingness to move quickly, officials involved in the deliberations said.

On Thursday afternoon, Trump ordered the launch of a barrage of cruise missiles against the Shayrat air field north of Damascus, which the Pentagon says was used to store the chemical weapons used in the attack.

Senior administration officials said they met with Trump as early as Tuesday evening and presented options including sanctions, diplomatic pressure and a military plan to strike Syria drawn up well before he took office.

“He had a lot of questions and said he wanted to think about it but he also had some points he wanted to make. He wanted the options refined,” one official said.

On Wednesday morning, Trump’s military advisers said they knew which Syrian air base was used to launch the chemical attack and that they had tracked the Sukhoi-22 jet that carried it out.

Trump told them to focus on the military plans.

“It was a matter of dusting those off and adapting them for the current target set and timing,” said another official.

That same afternoon, Trump appeared in the White House Rose Garden and said the “unspeakable” attack against “even beautiful little babies” had changed his attitude toward Assad.

Asked then whether he was formulating a new policy on Syria, Trump replied: “You’ll see.”

By late afternoon on Thursday, the U.S. Joint Chiefs of Staff met at the Pentagon to finalise the plan for the military strikes as Trump headed to his Mar-a-Lago resort in Florida for a summit meeting with Chinese President Xi Jinping.

At another meeting there, Trump signed off on the missile attacks and went to dinner with Xi.

Two U.S. warships – the USS Ross and the USS Porter – fired 59 cruise missiles from the eastern Mediterranean Sea at the targeted air base at around 8:40 p.m. ET (00:40 GMT), just as the two presidents were finishing their meals.

In a White House marked by palace intrigue, McMaster has jostled for influence with Stephen Bannon, Trump’s chief strategist, who lost his seat on the National Security Council on Wednesday just as the military preparations were developing.

Tillerson’s State Department told allies on Thursday that a strike against Syria was imminent, without providing details, one official said.

But the move angered Russia, a major ally of Assad, and appeared to diminish chances of closer cooperation with Moscow that Trump has said is possible, especially in fighting the Islamic State militant group.

Tillerson played down suggestions that Trump was dropping his “America First” approach to foreign policy. And one of the other officials involved in the planning said the cruise missile launch was a “one-off” strike rather than the start of an escalating campaign. 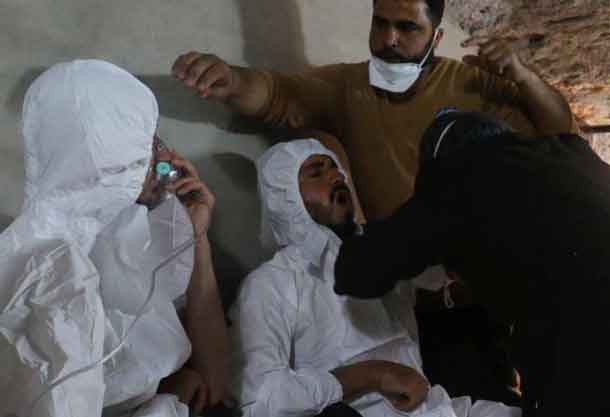