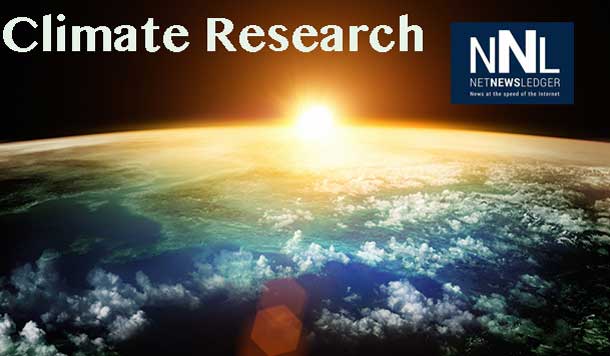 COLLEGE PARK, Md. – A new scientific paper by a University of Maryland-led international team of distinguished scientists, including five members of the National Academies, argues that there are critical two-way feedbacks missing from current climate models that are used to inform environmental, climate, and economic policies. The most important inadequately-modeled variables are inequality, consumption, and population.

In this research, the authors present extensive evidence of the need for a new paradigm of modeling that incorporates the feedbacks that the Earth System has on humans, and propose a framework for future modeling that would serve as a more realistic guide for policymaking and sustainable development.

The study explains that the Earth System (e.g., atmosphere, ocean, land, and biosphere) provides the Human System (e.g., humans and their production, distribution, and consumption) not only the sources of its inputs (e.g., water, energy, biomass, and materials) but also the sinks (e.g., atmosphere, oceans, rivers, lakes, and lands) that absorb and process its outputs (e.g., emissions, pollution, and other wastes).

Titled “Modeling Sustainability: Population, Inequality, Consumption, and Bidirectional Coupling of the Earth and Human Systems”, the paper describes how the rapid growth in resource use, land-use change, emissions, and pollution has made humanity the dominant driver of change in most of the Earth’s natural systems, and how these changes, in turn, have critical feedback effects on humans with costly and serious consequences, including on human health and well-being, economic growth and development, and even human migration and societal conflict. However, the paper argues that these two-way interactions (“bidirectional coupling”) are not included in the current models.

The Oxford University Press’s multidisciplinary journal National Science Review, which published the paper, has highlighted the work in its current issue, pointing out that “the rate of change of atmospheric concentrations of CO2, CH4, and N2O [the primary greenhouse gases] increased by over 700, 1000, and 300 times (respectively) in the period after the Green Revolution when compared to pre-industrial rates.” See Figure 1 from the Highlights article, reproduced below.

“Many datasets, for example, the data for the total concentration of atmospheric greenhouse gases, show that human population has been a strong driver of the total impact of humans on our planet Earth. This is seen particularly after the two major accelerating regime shifts: Industrial Revolution (~1750) and Green Revolution (~1950)” said Safa Motesharrei, UMD systems scientist and lead author of the paper. “For the most recent time, we show that the total impact has grown on average ~4 percent between 1950 and 2010, with almost equal contributions from population growth (~1.7 percent) and GDP per capita growth (~2.2 percent). This corresponds to a doubling of the total impact every ~17 years. This doubling of the impact is shockingly rapid.”

“However, these human impacts can only truly be understood within the context of economic inequality,” pointed out political scientist and co-author Jorge Rivas of the Institute for Global Environment and Society. “The average per capita resource use in wealthy countries is 5 to 10 times higher than in developing countries, and the developed countries are responsible for over three quarters of cumulative greenhouse gas emissions from 1850 to 2000.”

The study explains that increases in economic inequality, consumption per capita, and total population are all driving this rapid growth in human impact, but that the major scientific models of Earth-Human System interaction do not bidirectionally (interactively) couple Earth System Models with the primary Human System drivers of change such as demographics, inequality, economic growth, and migration.

The researchers argue that current models instead generally use independent, external projections of those drivers. “This lack of two-way coupling makes current models likely to miss critical feedbacks in the combined Earth-Human system,” said National Academy of Engineering member and co-author Eugenia Kalnay, a Distinguished University Professor of Atmospheric and Oceanic Science at the University of Maryland.

“It would be like trying to predict El Niño with a sophisticated atmospheric model, but with the Sea Surface Temperatures taken from external, independent projections by, for example, the United Nations,” said Kalnay. “Without including the real feedbacks, predictions for coupled systems cannot work; the model will get away from reality very quickly.”

“Ignoring this bidirectional coupling of the Earth and Human Systems can lead to missing something important, even decisive, for the fate of our planet and our species,” said co-author Mark Cane, G. Unger Vetlesen Professor of Earth and Climate Sciences at Columbia University’s Lamont-Doherty Earth Observatory, who recently won the Vetlesen Prize for creating the first coupled ocean-atmosphere model with feedbacks that successfully predicted El Niño.

Co-author Matthias Ruth, Director and Professor at the School of Public Policy and Urban Affairs, Northeastern University, said: “The result of not dynamically modeling these critical Human-Earth System feedbacks would be that the environmental challenges humanity faces may be significantly underestimated. Moreover, there’s no explicit role given to policies and investments to actively shape the course in which the dynamics unfold. Rather, as the models are designed now, any intervention — almost by definition — comes from the outside and is perceived as a cost. Such modeling, and the mindset that goes with it, leaves no room for creativity in solving some of the most pressing challenges.”

“The paper correctly highlights that other human stressors, not only the climate ones, are very important for long-term sustainability, including the need to reduce inequality”, said Carlos Nobre (not a co-author), one of the world’s leading Earth System scientists, who recently won the prestigious Volvo Environment Prize in Sustainability for his role in understanding and protecting the Amazon. “Social and economic equality empowers societies to engage in sustainable pathways, which includes, by the way, not only the sustainable use of natural resources but also slowing down population growth, to actively diminish the human footprint on the environment.”

Michael Mann, Distinguished Professor and Director of the Earth System Science Center at Penn State University, who was not a co-author of the paper, commented: “We cannot separate the issues of population growth, resource consumption, the burning of fossil fuels, and climate risk. They are part of a coupled dynamical system, and, as the authors show, this has dire potential consequences for societal collapse. The implications couldn’t be more profound.”