OTTAWA – The death of two twelve-year-old girls by suicide in Wapekeka First Nation is the tip of the iceberg in the ongoing crisis in Northern Canada. At a press conference in Ottawa this morning, First Nation leaders and political leaders spoke about what is needed to work to solve the problems in the north.

Wapekeka has been pro-active for years in ensuring healing and suicide prevention through community plans and the successful annual suicide prevention conference attended by numerous communities in Northwestern Ontario. However essential funding for these vital programs was cut two years ago.

“On behalf of the Chiefs of Ontario, and as the chair of the AFN national Chiefs Committee on Health, I fully support this latest call for action,” said Ontario Regional Chief Isadore Day. “It has been well known for decades that the suicide rates for Indigenous peoples are 10 to 12 times higher than the national average. A National Suicide Strategy is a must. We know this. We need Canada and the provinces to clear a place at the table to discuss this during the transformation of Canada’s health care system.”

“The First Nations and Inuit Health Branch response that Wapekeka’s request for help in July missed the funding cycle but and now has slippage or unspent funds is extremely unfortunate but not unexpected. It is simply unacceptable that there remains a funding disconnect for those regions who need it the most.

The federal government is not increasing support for these programs and is not measuring the significant population growth in our communities. This is compounded by the fact that when regional budgets are allocated, they have a siloed approach to operation and contribution funds. This has resulted in unspent funds which go back to the Treasury Board, therefore leaving very little discretionary funding within our regional budgets.

Chief Day says, “Once again, First Nation lives are treated like lines in a budget. Mainstream Canadians should be appalled by this sort of government inaction.”

Some work has been done and recommendations made. The 1996 Royal Commission on Aboriginal Peoples (RCAP) issued a separate report ‘Choosing Life’ in 1995 on the suicide crisis. In 2001, then National Chief Matthew Coon Come and Health Minister Allan Rock appointed a Suicide Prevention Advisory Group that produced ‘Acting on What We Know: Preventing Youth Suicide in First Nations’. The report observed that “home is not a safe haven … the experience of many First Nations youth is steeped in social disintegration and conditions associated with marginalization — physical, emotional and sexual abuse, neglect, poverty, substance abuse and deplorable socio-economic standards.”

“RCAP and numerous reports and studies have all recommended that the eradication of poverty, along with ending the social dysfunction that breeds despair, must be the number one priority. We all know how to create happy, healthy communities. The only obstacle to date has been the lack of political will, and the lack of funding to implement programs and strategies,” says Regional Chief Day.

Last April, the Chiefs of Ontario provided a ‘Poverty Action Now’ discussion paper to both the federal and provincial governments. It simply states: “Poverty is at the root of every tragic First Nations statistic. Poverty is killing First Nations people in Ontario.” The paper calls for a two pronged strategy “that includes immediate targeted funding to address crisis-level needs for communities severely lacking in basic infrastructure and supportive services, along with a First Nations-led process for long term and sustainable poverty reduction strategies.

“Addressing two of Canada’s colonial culprits: the Indian Act and the Indian Residential School legacy helps narrow the focus about where we need to address today’s issues around First Nation suicide. Failure to take such a comprehensive and inclusive approach renders our Youth and First Nations in danger.

“In a year when many Canadians are expected to celebrate the 150th anniversary of this country, far too many First Nations cannot even celebrate life. This is Canada’s greatest shame. As chair of the Chiefs Committee on Health, I remain ready and committed to do my part to support all of our First Nations across the country. We need an undivided collective on suicide prevention — there is no other alternative.” 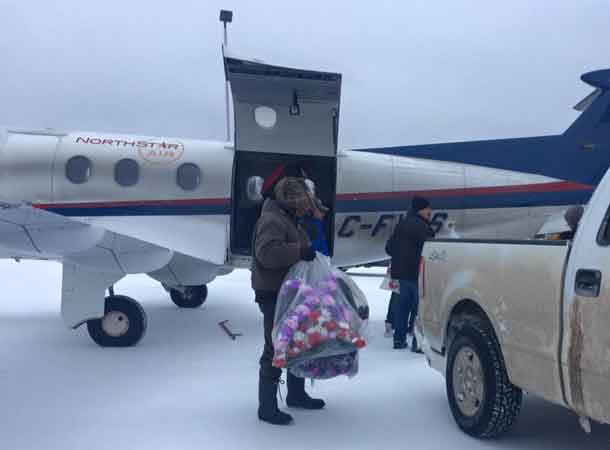