Thunder Bay, ON – MINING – Zenyatta Ventures Ltd. (“Zenyatta” or “Company”) (TSXV: ZEN) today announced it has produced a larger market sample designed to provide samples to various global corporations and academic institutions for application testing under a non-disclosure agreement. The program was announced on 26 September 2016 and carried out at SGS Canada Inc. (“SGS”) in Lakefield, Ontario under the supervision of Zenyatta’s project manager James Jordan, P.Eng. A total of  57 kilograms of high-purity graphite material at a carbon purity of 99.9% was produced using the caustic bake/leach method, which was previously employed to produce high-purity market samples.

Dr. Bharat Chahar, VP of Market Development for Zenyatta stated, “Production of high-purity graphite market samples is critical and necessary in order to create and develop relationships with end-users during the product qualification and testing process. We will now contact our collaborators who are on  a wait-list and prepare for delivery of samples in the coming days.”

Part 2 of the SGS metallurgical work announced on 26 September 2016 is underway and will focus on optimization of flow sheet parameters followed by a pilot scale simulation of a commercial process designed for Zenyatta’s pre-feasibility study. This optimization and pilot program will be on-going for  the next several months and completed in early 2017.

James Jordan, P.Eng., Project Manager for Zenyatta stated, “We are making very good progress on optimizing the process flow sheet and are continuing to develop a distinctive commercial process for our rare volcanic style graphite deposit. Optimizing is a common exercise in mineral development and I have been involved in many over the course of my career. Once ready, the complete process flow sheet and associated engineering data will then be fed into the pre-feasibility study.”

Zenyatta Ventures Ltd is developing the Albany Graphite Deposit situated in northeastern Ontario, Canada. The deposit is a unique type of igneous-hosted, fluid derived graphite mineralization contained in two large breccia pipes. The Company is seeking end users for their graphite and graphene and is working with several collaborative partners including the development of a graphene infused concrete. Other potential markets for graphite include Li-ion batteries, fuel cells and powder metallurgy. The application for graphitic material is constantly evolving due to its unique chemical, electrical and thermal properties. It maintains its stability and strength under temperatures in excess of 3,000°C and is very resistant to chemical corrosion. It is also one of the lightest of all reinforcing elements and has high natural lubricating abilities.   The outlook for the global graphite market is very promising with demand

growing rapidly from new applications. It is now considered one of the more strategic elements by  many leading industrial nations, particularly for its growing importance in high technology  manufacturing and in the emerging “green” industries such as electric vehicle components.

The Albany graphite deposit is situated 30 km north of the Trans-Canada Highway, power line and natural gas pipeline near the communities of Constance Lake First Nation and Hearst. A rail line  is located 70 km away with an all-weather road approximately 10 km from the graphite deposit.  The  world trend is to develop products for technological applications that need extraordinary performance using ultra-high purity graphite powder at an affordable cost. Albany graphite can be upgraded with  very good crystallinity without the use of aggressive acids (hydrofluoric) or high temperature thermal treatment therefore having an environmental advantage over other types of upgraded high-purity graphite material.

Mr. Aubrey Eveleigh, P.Geo., Zenyatta’s President and CEO, is the “Qualified Person” for the purposes of National Instrument 43-101 and has reviewed, prepared and supervised the preparation of the technical information contained in this news release. SGS performed analyses of all purified Albany graphite samples by direct ash analysis using a platinum crucible, according to a validated method that also accurately quantifies key trace level impurities by subsequent ICP analysis. 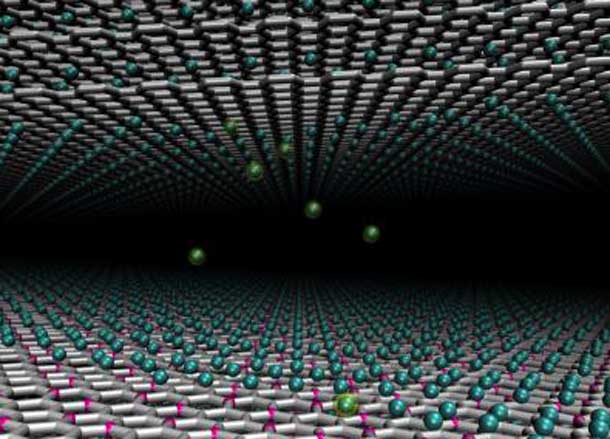