“Alarming questions have been raised about the way the Thunder Bay Police Service investigates the disappearances and deaths of Indigenous people. Indigenous leaders and community members say that these investigations, and other interactions with police, devalue Indigenous lives, reflect differential treatment and are based on racist attitudes and/or stereotypical preconceptions about the Indigenous community. It is critical that these issues be independently examined through a systemic review, which would enable me to effectively address the issues and make meaningful recommendations for improvement,” says Gerry McNeilly, Independent Police Review Director.

The systemic review will examine the following:

The OIPRD invites written submissions from individuals and organizations with expertise and interest in the issues and topics that fall within the Terms of Reference for the systemic review. Submissions should include the name of the organization or person delivering the submission, along with reasons for their interest in the issues of the OIPRD’s systemic review of the Thunder Bay Police Service’s practices for policing Indigenous Peoples. The OIPRD requests written submissions by January 31, 2017. Submissions may be emailed to OIPRD@ontario.ca or mailed to: 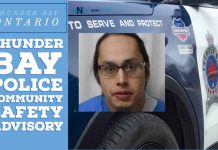