TORONTO, Ont – HEALTH – Physicians are pointing the way toward labour peace in Ontario, creating consensus after a tumultuous two months of negotiations with the government.

A week after 31 doctors first proposed five principles to give focus to negotiations between Ontario’s doctors and the provincial government, almost 400 doctors were on board. Their intent is to find a way out of the bargaining impasse.

At issue is Ontario’s Physician Services Agreement (PSA), which determines how much doctors are paid by the province and how physician payment is distributed. It also outlines special programs for rural practice and physicians new in practice.

A recent tentative agreement between the Ontario Medical Association, on behalf of doctors, and the provincial government was hotly contested and ultimately voted down by doctors in a flurry of infighting. Some doctors called for withdrawal of services or the imposition of user fees. The government threatened unilateral and punitive action.

Nobody won, in other words. And Ontario patients continue to be caught in the middle.

What’s at stake? Plenty. A renewed agreement between doctors and the province will affect the cost of health care, and poor choices could affect quality and availability of care as well.

In this contentious environment, a bit of calm, practical thinking is welcome. Hundreds of physicians have gone online at aWayForward.ca to urge doctors and the government to move ahead using five practical principles as a core of the discussion. The signatories include doctors from every corner of the province, from a broad range of specialties, some who voted Yes on the last proposed PSA and others who voted No.

The letter first calls for clarity in the process, and an end to pronouncements about who does and doesn’t speak for the profession.

The fact is, despite its limitations and the gaffes made in the creation of the last proposed agreement, as the elected body representing the province’s doctors, the Ontario Medical Association is best placed to represent doctors at the bargaining table. Splintering doctors into specialist and family practice factions at this critical juncture serves no one.

As well, the government needs to abandon any idea of unilateral action or coercion. And doctors need to regain confidence in the mechanisms that address real sticking points. All parties should accept the widespread call for binding arbitration, when necessary, to resolve disputes.

Conversely, doctors have to face the real constraints affecting these negotiations and accept their role in managing within them. Doctors have invaluable knowledge of the health-care system. We owe it to our patients to use that knowledge to ensure funding decisions are based on evidence. We can only do that if doctors work together and with government to help make the tough choices about where to restrain spending, where we can find operational improvements and where medical evidence points us to better ways of doing our work.

Doctors won’t and shouldn’t support hurried cuts, or spending constraints that ignore the needs of a growing and aging population. However, a shared stewardship that recognizes all the realities of health-care finance, on both sides, could genuinely benefit patients.

That requires acknowledging technology and technique changes that have made it easier, faster or less expensive to perform some procedures. Fee schedules should be adjusted to reflect current medical science. Only a modernized fee schedule can accurately reflect the appropriate distribution of resources and fund the services people need in a rational and balanced way.

Finally, physicians, have an obligation to reassure a public rightly concerned by talk of service withdrawal and user fees. As Canadians, we are justifiably proud to have a system that is accessible to everyone. And, as doctors, we should reaffirm that we will be there to care for our patients, regardless of their means.

Despite the challenges of the process, we are lucky to have a high quality health-care system that is worth preserving. It will require a system that respects physicians, a process that accepts the real limitations of the government and, most importantly, ongoing commitment to ensure that every Ontarian has access to top quality care.

The five principles at aWayForward.ca will help achieve those goals. 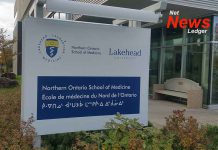