Home Features Free Speech or Polite Speech – Are the Courts Going too Far?
CALGARY, Alta. – OPINION – It would be hard to find a plaintiff more sympathetic than Jeremy Gabriel. He was born deaf and suffers from Treacher Collins syndrome, a rare congenital disorder characterized by severe deformities of the head and face, such as absent cheekbones and malformed or absent ears. Since birth, Gabriel, now 19, has undergone 23 surgeries. He has worn a special hearing aid since age six. He learned to speak and sing. At age nine, Jeremy sang the national anthem at a Montreal Canadiens hockey game. The following year, he sang before Pope Benedict in Rome. His professional singing has raised money for non-profits.
In human rights proceedings launched by Gabriel and his parents against a raunchy Quebec comedian, the defendant garners much less sympathy. Mike Ward’s dark comedy tramples on taboos and sacred cows, including race, religion and even more sensitive topics. In one of his routines, Ward claimed to have defended Gabriel against accusations of not singing well by saying, “He’s dying, let him live out his dream.” Ward then said: “five years later, he’s not dead yet … I saw him at a pool and tried to drown him … I finally realized he’s unkillable.”
Ward described Gabriel’s large hearing aid as a “sub-woofer” and insinuated that Gabriel’s mother had used his money to buy herself a sports car, resulting in Gabriel not receiving adequate care. Over the course of 230 live performances, jokes at Gabriel’s expense were heard by more than 130,000 people, plus numerous online viewers.
At the human rights hearing, Gabriel testified that, after seeing the comedy routine online (at age 14), he started to question his own worth, lost confidence and hope, became depressed and lost his desire to sing. Gabriel’s mother said that she encountered people who thought she was rich and who accused her of taking advantage of her son.
Who can blame Gabriel and his parents for filing a human rights complaint? They did not have to pay the (taxpayer-funded) human rights commission to prosecute Ward, who was ordered to pay $42,000 in general and punitive damages to Gabriel and his mother. The outcome of this case does not appear unjust, but the means used to pursue justice are profoundly troubling for free expression.
In its decision, the Quebec Human Rights Tribunal misinterprets “equality” as including a legal “right” not to be offended by “discriminatory” comments. This is the same “right” claimed by university students who disrupt and shut down peaceful displays and speaking events that they disagree with. It’s the same “right” claimed by some gays and some Muslims who want to be spared the trouble of having to deal with vigorous criticism of a particular lifestyle or theology. The so-called “right” not to feel offended by another’s speech is a toxic cancer that is slowly killing our freedom and our democracy. This false understanding of “equality” chills free speech for everyone, not just comedians.
Long before human rights commissions, the common law provided victims of false accusations with a real remedy to protect their reputation: defamation. The law of defamation protects an individual’s right to a good reputation, as well as everyone’s right to express opinions freely, on all topics. Ward’s insinuations about Gabriel’s mother profiting from her son’s handicap, and denying him proper care in order to purchase a sports car, are clearly defamatory.
Gabriel and his parents should not be faulted for using available legal mechanisms. But if speech-chilling human rights proceedings did not exist, defamation law would still be available to provide justice without causing comedians (and everyone else) to worry about a state prosecution for violating another’s “right” not to feel offended.
By John Carpay – Contributor 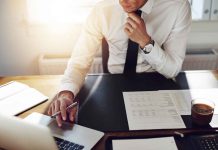 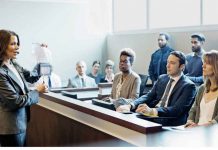