THUNDER BAY – The Stanley Cup is headed to Thunder Bay. Matt Murray, of the NHL Pittsburgh Penguins will be bringing Lord Stanley’s lauded mug to the city on Tuesday.

Starting at 10:30AM, Matt Murray of the 2016 Stanley Cup-winning Pittsburgh Penguins, will raise the Penguins Flag outside the Northwestern Ontario Sports Hall of Fame with Mayor Keith Hobbs.

Then on Tuesday with the Stanley Cup and Matt Murray will travel to events across the city on one of Kasper Mini-Bus’s Mercedes Sprinter Buses. The public celebration will be at Intercity Mall on Tuesday.

The Stanley Cup is with Sidney Crosby this weekend, and will arrive in Thunder Bay for Matt Murray’s time with the Stanley Cup.

The Hockey Hall of Fame states, “The Stanley Cup, notably the oldest trophy competed for by professional athletes in North America, was donated in 1892 by Sir Frederick Arthur Stanley, Lord Stanley of Preston and son of the Earl of Derby. He purchased the trophy for 10 Guineas ($50.00 at that time) to be presented to “the championship hockey club of the Dominion of Canada.” The first team ever awarded the Stanley Cup was the Montreal Amateur Athletic Association in 1893”.

“Since 1910, when the National Hockey Association took possession of the Stanley Cup, the trophy has been symbolic of professional hockey supremacy. Beginning in 1926, only NHL teams have competed for this prized trophy”. 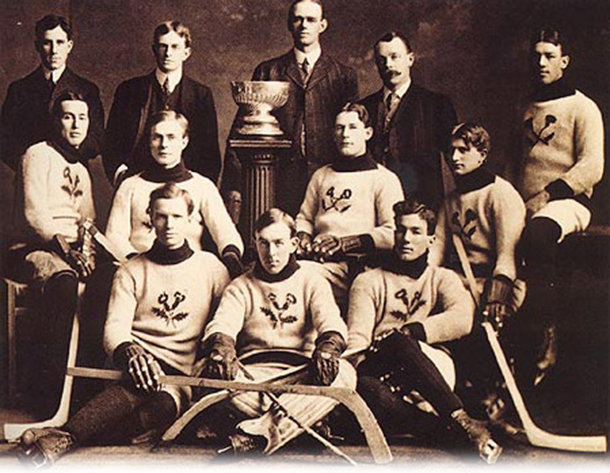