THUNDER BAY – Kam River Park off Simpson Street in downtown Fort William is one of Thunder Bay’s long hidden gems. Over the past year, the city has invested some effort in bringing the often maligned park back into play. The results are starting to show up, as more people are starting to visit the Fort William Waterfront.

The park and walkway have come alive with more people walking their dogs, biking the park, strolling the boardwalk, or just sitting and reading. Kam River Park might also be Thunder Bay’s unofficial “Wildlife Park”.

Part of the enjoyment at the park is the wildlife. Walking through the park one can see Canada Geese, right now with their young. You can also see Mallard Ducks again with their young right now. There are turtles, sometimes otters, and frequently beavers in the park. If you are in Kam River Park at night, you can also see deer. Even black bears might be seen although not a great idea to approach them.

The walkway from Simpson Street into the park, just south of Donald Street was re-vitalized earlier this spring. For years the drainage sewer was about four inches too high. Lowering that sewer now allows water to drain, and walking into the park isn’t a puddle dash after a rainfall.

For several years now most of the lights at Kam River Park didn’t work. The City has stepped up and repaired the lights.

Results are apparent as this hidden gem is attracting more people all the time. In the past the knock on Kam River Park was it was a place where drinking and drugs were far too common. That is usually what happens when places slowly get abandoned. Having more people down at the Kam River Park doing good things is an encouragement for more good to happen.

This spring and summer, garbage is being cleaned up faster than at anytime in the past five years. Superior Points appears to have stepped up their game as well. Patrols or walks through the park are insuring that needles are not being left for days on end. New policies at Shelter House under new Executive Director Gary Mack appear to be helping as well.

There is still work that needs to be done that would bring the park right up to par. The James Whalen Tugboat needs to be painted. Honestly too, the VIA Rail train at Kam River Park needs a coat of paint.

The right steps at Kam River Park are happening. Making our Fort William downtown come back to life means lots of hard work is going to be needed.

Mr. Habib is working to bring the Royal Edward Arms back into play in the downtown.

There is also change coming along May Street. The Red Bicycle, moved into The Hub on May Street, under the stewardship of Lori Paras. Now The Hub in in process of upscaling on Victoria Avenue East and expanding operations.

Norma Jeans, a downtown Fort William fixture for years, is slated to re-open under new owners with solid restaurant experience that will bring back a much needed eatery to the downtown.

All of this change is happening, at the same time that the City of Thunder Bay continues to seek public input on knocking down the Victoriaville roof and re-opening Victoria Avenue to traffic. The questionnaire will be available until July 15. Hard copies of the questionnaire will be available at the Realty Services Office in the Victoriaville Civic Centre. The meeting to seek public input also has an online survey, available at www.thunderbay.ca/vicville.

Building a successful downtown Fort William appears to be slowing but surely coming together. 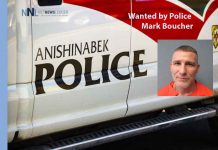