SEOUL (Reuters) – South Koreans, Asia’s biggest per capita alcohol consumers, can now soothe themselves after a big night out with hangover-fighting ice cream.

A convenience store chain has launched the Gyeondyo-bar, which translates as “hang in there” and according to the company is the first ice cream bar marketed specifically to combat the after-effects of alcohol consumption. It hit the shelves on Friday.

Drinking, often in groups of co-workers, is big business in South Korea, and so are hangover cures, which generate roughly 150 billion won (86.5 million pounds) in annual sales, according to industry data, ranging from pills and beverages to cosmetics for women who want to keep their skin soft after a boozy night.

Those cures exclude the “hangover soup” that is a staple of Korean restaurant menus.

South Korea is exporting its remedies.

Its most popular hangover beverage, Hut-gae Condition, made by a unit of the CJ Corp conglomerate, has been sold in China, Japan, and Vietnam since 2014. The drink also features in the popular 2014 music video “Hangover,” by Korean pop star Psy and U.S. rapper Snoop Dogg.

South Koreans drink 12.3 litres of alcohol per year, the most in Asia-Pacific, according to a 2014 World Health Organisation report.

A study by South Korea’s National Health Insurance Policy Institute estimated that the social cost of drinking, including to lost production, hospitalisations and early deaths, was about 9.45 trillion won in 2013.

The ice cream bar’s name “expresses the hardships of employees who have to suffer a working day after heavy drinking, as well as to provide comfort to those who have to come to work early after frequent nights of drinking”, convenience store chain Withme FS, a unit of E-Mart Co Ltd, part of the Shinsegae Group conglomerate, said in a press release.

A 2012 article in the Journal of Neuroscience found oriental raisin tree extract reduced symptoms of intoxication in rats. 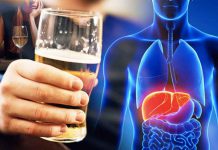