THUNDER BAY – (Zester Daily) – Italian celebrations always involve food, and Easter is no different. The yeast bread cake, Colomba di Pasqua, shaped like a dove (colomba), is often at the table, but these days it is getting a modern twist.

Soft and fragrant, colomba is a generous cake with butter and eggs, filled with raisins and candied orange peel. Topping it off is an almond icing that is applied before baking, creating a sweet, crisp crust. Traditional colombas are baked in dove-shaped paper molds. The bread dough starts as a sponge that must rest overnight.

An offer of peace

The birth of the colomba dates back to 572, when King Alboin, after three years of siege, captured the town of Pavia in northern Italy on Easter Eve. Evading the guards, an old baker was able to reach the king and offer a dove-shaped bread. “Alboin,” he said, “I offer this symbol, as a tribute to peace, on Easter day.” The sweet scent and the convincing message persuaded the king to give a promise of peace. That’s the legend.

The dove we know today has a more recent origin and, I should say, a more prosaic version of the history. In the early 1930s the Milanese company Motta specialized in panettone, a cake produced only for Christmas. Unhappy to have their machinery unused for many months, Motta decided to package a similar product for the Easter holidays. The shape of the sweet dove, which represents peace, was a choice dictated not only by the symbolism but also to welcome the arrival of the spring.

The new cake was (and still is) a huge success. It is typically soft, fragrant outside and moist inside, naturally leavened for a whole night, then filled with a mixture of flour, sugar, eggs and candied orange.

After a long rest, the dough is portioned in different sizes for an additional four hours of leavening, then covered with almonds, sugar and amaretto. After baking, it must rest at least seven hours before it is finally packaged.

Since its birth, the colomba was enriched by many variations and a variety of icings and fillings. I personally love the decadent Colomba al Cioccolato (coated and filled with dark chocolate) created by Loison, a bakery established in 1938 that adopted a process that lasts over three days in an effort to preserve the quality of the ingredients. The result is spongy, porous bread often combined with unexpected fillings, such as a delicious lemon cream, or a mix of nuts and peaches or small cubes of candied Ciaculli mandarin, protected by Slow Food.

Beyond the basic cake

Fraccaro Spumadoro makes other favorites of mine, including Colomba alle Bollicine Trevigiane, a treat stuffed with a cream made with Treviso sparkling white wine and elegantly topped with granulated sugar. Then there is Colomba al Pistacchio — the scent of its top-quality pistachios combined with a tasty white chocolate decorating glaze.

The colomba not only brings a message of peace but also a political statement at times, as in the case of the artisanal Colomba Arcobaleno (Rainbow Dove) made with Sicilian Avola almonds, Calabria cedro (a type of lemon), and kneaded with Vernaccia Mormoraia, a traditional white wine from San Gimignano, Tuscany. It has been created by the Italian sommelier Diana Zerilli, who supports gay rights in Italy. 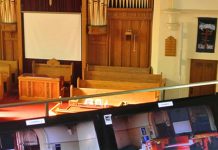 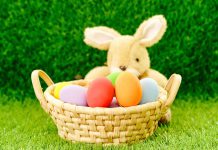