Breaking News!Updated: May 29, 2020 – Premier Doug Ford Media Conference
Home Living Family What can we learn from a basic income pilot? 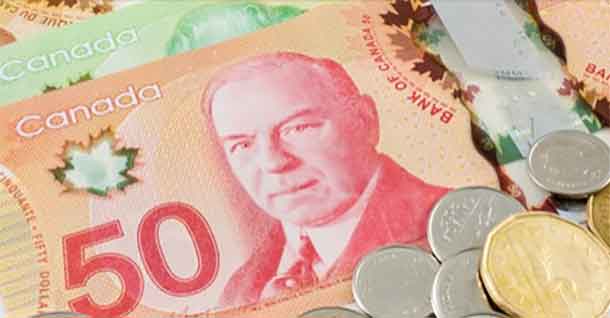 Improving health may be one of the most important outcomes

THUNDER BAY – LIVING – The Basic Income Guarantee is having a moment.

Hot on the heels of Quebec’s plans to work towards a basic income guarantee and a Globe and Mail Editorial Board endorsement came an announcement last Thursday of a pilot as part of Ontario’s provincial budget. On that very day, Senator Art Eggleton in Ottawa tabled a motion that the Senate of Canada encourage the federal government to do the same.

The Basic Income Guarantee (BIG) is a strategy for poverty reduction that is simpler and more effective than our existing social assistance systems.  Quite simply, individuals whose incomes fall below a certain level get topped up to a level that would meet basic needs. This streamlined approach would replace existing social assistance programs, and would provide much-needed income security for the increasing numbers of Canadians in precarious and part-time work. If designed correctly, it should also eliminate some of the perverse incentives of the “welfare wall” that institutionalize poverty in Canada.

A series of pilot projects now seems inevitable. So what should we hope to learn from those pilots?

In the past, much of the focus of BIG pilots and experiments has been on labour market outcomes. The intention is to design programs that will provide income security without discouraging work. The benefits of a BIG include that individuals face fewer barriers getting back into the workforce than they do from social assistance, and they do not fall into deep poverty if they are unable to find employment immediately.

So labour market effects will need to be examined, but thoughtfully.

Canada’s prior experiment with a BIG, the Mincome experiment in Manitoba in the 1970s, found that a BIG did not cause people to stop working – with two important exceptions. The first was women with infants at home, who effectively used the BIG to purchase maternity leave. We should expect a different response from women in modern-day Canada, where maternity leave benefits are much more extensive. But where child care and other supports for working parents are insufficient, we may see responses to a BIG that will show us those cracks in the system.

The other group whose employment levels decreased under Mincome was teenage boys.  A closer look reveals that with a basic income guarantee, male high school students were more likely to make the decision to stay in school until graduation. Given the Ontario government’s aim of increasing graduation rates and the need for a highly educated population, it will be important to understand how people’s labour market decisions interact with other important decisions, like the decision to improve their skills and buy a better long-term future for themselves and their families.

But a BIG has potential effects well beyond the labour market. Some of the most important outcomes that should be examined in a pilot are health outcomes.

Poverty is the biggest determinant of health; we should expect to see significant improvements in health among recipients of a BIG. For example, the Mincome data showed that under a BIG, hospital visits dropped by 8.5 percent.  This included fewer emergency room visits from car crashes and domestic abuse, and fewer mental health visits.  In Ontario today, these indicators along with others – such as low birth weight, avoidable hospitalizations, and health system expenditures – are already measured, and a close look at the impact of a BIG on those metrics must be included in a basic income pilot.

Finally, in designing this pilot, the diversity of Ontario’s population will need to be taken into account. Ontario’s pilot will need to include inner city, rural, and suburban populations, and also take into account the province’s social and cultural diversity.  The differential impacts of the intervention on various populations will yield knowledge essential to the successful implementation of a basic income program that meets the needs of our most vulnerable neighbours.

The Ontario government’s plans to pilot a Basic Income Guarantee should be applauded.  Now the hard work begins of designing our evaluation to reflect the full aspirations of a 21st century Canada.

By Laura Anderson and Danielle Martin

Laura Anderson is a researcher at Wellesley Institute.

Dr. Danielle Martin is an advisor with EvidenceNetwork.ca, Vice-President at Women’s College Hospital and author of Better Now: 6 Big Ideas to Improve the Health of all Canadians, to be released by Penguin Canada in 2017.

OPINION – Turning away from a valuable social experiment