A Cookbook Can Inspire Your Journey to Being a Foodie

THUNDER BAY – ZESTER DAILY – People buy cookbooks for a variety of reasons: to inspire, impress, beautify, edify and love. For famed cookbook author and food writer, Nika (Standen) Hazelton, however, there was only one reason to purchase a cookbook: to cook from it.

The daughter of a German diplomat, Hazelton was born and grew up in Rome. In addition to international travels with her father, she attended the London School of Economics and worked as a reporter in Europe, before marrying and moving to the United States in 1940.

It was stateside that her cookbook-writing career took off. Esteemed as a specialist of European cookery, she penned cookbooks dedicated to the cuisines of Scandinavia, Switzerland, Belgium, Italy, France, Denmark and Germany. At the time of Hazelton’s death in 1992, Molly O’Neill, food columnist for The New York Times Magazine, declared Hazelton’s “American Home Cooking” (Bobbs Merrill, 1967), “French Home Cooking” (Viking Penguin, 1979), “International Cookbook” (Harper &amp; Row, 1967) and “The Italian Cookbook” (Henry Holt, 1979) standards. Hazelton published 30 cookbooks throughout her career and wrote countless articles for major food magazines and newspapers. No title better communicates her unwaveringly simple, straightforward and unpretentious perspective on food and cooking, however, than her 1974 cookbook, “I Cook As I Please.”

Conceding her “literal mindedness,” Hazelton laid out in a 1963 article in “The New York Times” exactly how one might judge a cookbook to determine whether it is not just delightfully escapist, politically radical or aesthetically pleasing, but well and simply good. Hazelton’s advice rings as true today as it did in the 1960s, at least if you are shopping for a cookbook that aligns with her functional, no-nonsense approach.

For Hazelton, “Accuracy is the first virtue when writing about cooking.” Recipes ought to list all ingredients at the beginning of the recipe and with accurate measurements. Authors who arrange ingredients “more coyly” do readers a disservice as they forsake clarity. Directions ought to be lucidly written, one step at a time, and in order. If recipes include misspellings or confusing instructions, beware, as these reflect poorly on the author.

Well-written recipes notify the reader of specific details, such as the type of pan, the size of baking dish or whether a dish should be cooked covered or not. Such specifics indicate the thoroughness of the recipe writer’s testing process. A lack of specifics, on the other hand, can reveal a writer’s laziness, an unforgivable failing according to Hazelton.

Recipes ought to turn out if followed correctly and, equally important, to work every time. Since reliability is impossible to blindly predict, Hazelton recommended purchasing cookbooks from only respected authors and publishers, remarking, “Few newcomers to cookbook writing do reliable recipes.”

Hazelton not only firmly asserted that a recipe “should be correct and the best of its kind,” but also that it ought to “promote the cause of good food and not of brand names.” Further condemning the likes of packaged-food cuisine and back-of-the-box recipes, Hazelton believed, “Commercial recipes, however splendid, belong to advertising and publicity.”

Writing in 1963, Hazelton lamented, “Really authentic and first-class foreign cookbooks are few and far between,” as recipes were often revised for American styles, tastes and measurements, losing their magic along the way. Good cookbooks of this sort require time and investment to retest the recipes, but are worth it, processes with which Hazelton had significant experience. 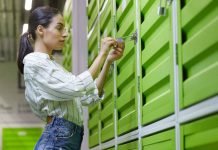 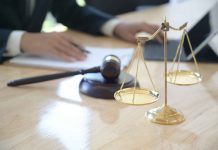 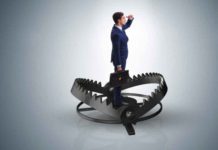 5 Tips for Minimizing Your Financial Stress 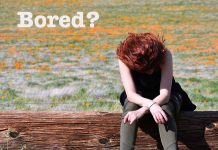 How Are We Making Homes More Eco-Friendly?