THUNDER BAY – It haunts us still! For those of us in our sixties and who reached maturity during that turbulent decade, that November day in Dallas 52 years ago is seared into our memories and we are still saddened in its remembrance. The horse-drawn, flag-draped caisson, the saddled but riderless horse with thigh-high boots turned awkwardly backwards in the stirrups, the harrowing cadence of the muffled drums, the heart-wrenching image of his three-year old son saluting as his father’s casket as it passed. A widely admired, much beloved and youthful president in the prime of life, he was just reaching his presidential stride when he was gunned down by one or more killers living in the swamps of America’s absurd gun. It was a day that changed history – many would say for the worse. Despite being racked with pain and almost always on steroidal drugs, he projected an image of vigour and idealism that not only captured the hearts and imagination of his country but that of most of the free world.

Despite being born into the privilege of the American aristocracy, there are few royal families as well acquainted with grief as are the Kennedy’s. Before his assassination he had already lost a brother and a baby son and his family would tragically lose another of each after his death.

Without question, as historians of that now cynical science and gifted with 20-20 hindsight would reminds us, he was a captive of the times in which he governed, preoccupied as he, his advisers and generals were with the Soviet Union and the Communist threat. His first two years as president were not only unremarkable, they were strewn with failures unable as he was to push forward with his legislative agenda and the ill-advised Bay of Pigs fiasco being the nadir of his political career.

And had he lived, would he have taken a different tack in what would become the quagmire of Vietnam? Many have argued, some convincingly that his preoccupation with the “communist menace” blinded him to the bigots in Alabama and the racist menace in the rest of his own country. Perhaps worst of all, the media of the day infatuated with their access to the celebrity president were as mum as he was about his penchant for serial womanizing. Still, in those thousand days of the American Camelot, he did call for strong congressional action on civil rights, negotiated the first nuclear test ban treaty and completely out-foxed his Russian counterpart in the Cuban missile crisis. Even if Chairman Khrushchev’s blink was more of wink, Kennedy stood alone against all of his military and policy advisers in averting what could have been an annihilating nuclear holocaust.

But all of this, the thousands of books and articles, the myriad interviews and media reports and documentaries on the failures and accomplishments of his too-short presidency do little to explain the strength and depth of his grasp on the public imagination. Was it a natural charismatic charm, a common touch, a perceived youthful vigour? Perhaps, but more than this it was his relentless ability to inspire and challenge ourselves to think and act beyond the confines of our own interests and self-imposed limitations. His “Ask not” address was not just a speech; it was an inspiration to be more than what we thought we were and he said it with such abiding conviction that within ourselves, we knew it could be true. He encouraged us to break free of the bonds and conventions of the times in which we lived and ask “Why not?” His creation of the Peace Corps mimicked in Canada after his death by the Company of Young Canadians, Katimavik and its blueprint predecessor, Project Christopher in which I was proudly a young leader, captured and channelled the idealism, passion and commitment of a generation. That legacy has much influenced my own professional career.

The year following his assassination and still imbued with the idealism of his vision,

I entered university in Montreal and joined the campus International Affairs Society and too-actively took part in a campaign to raise funds for the JFK Library in Boston. We raised $115,000 in 2013 dollars and I almost failed my first year because of it! Dave Powers the late President’s close friend and Special Assistant accepted our invitation to receive the donation at a gala dinner at one of Montreal’s finer hotels. One of the proudest moments of my young life was when he referred to us – the six organizers, as “Kennedy men” a term that had been used frequently to identify those most responsible for the President’s election. The presidential picture, a PT 109 tie-clip and his 1960 election poster remain among my most valued possessions.

As William Manchester suggested in his book, for “one brief, shining moment” the light from that fire truly did light the world. Regrettably, so much more than a president died in Dallas that day.

Peter Globensky is a former senior policy advisor on Indigenous Affairs in the Office of the Prime Minister of Canada and recently retired as the Chief Executive Officer and Director General of the Canadian Council of Ministers of the Environment. He invites your comments at basa1@shaw.ca 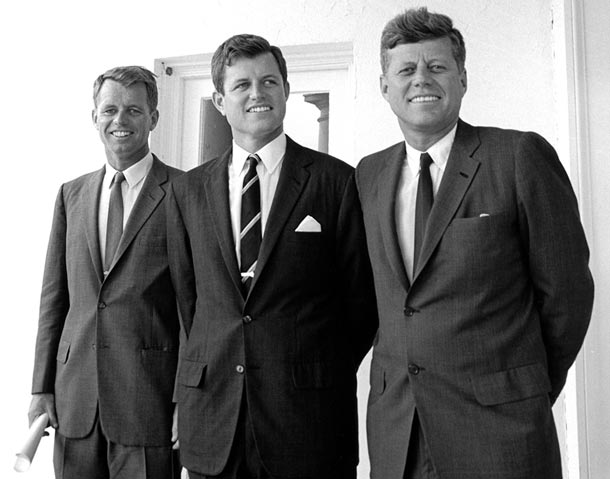 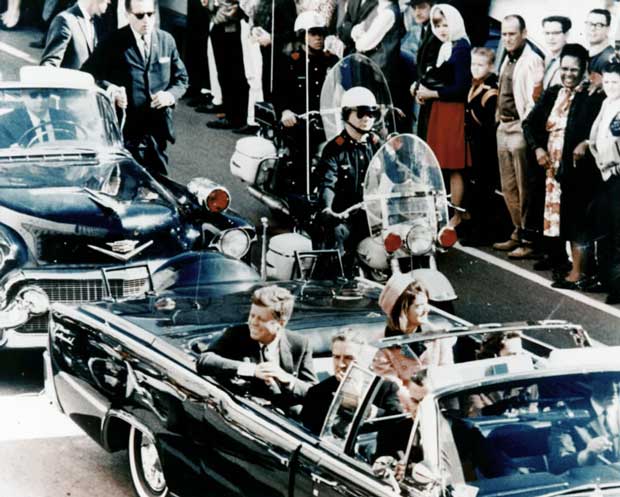