THUNDER BAY – POLITICS – The federal Conservatives have started a process of trying to figure out what went wrong during the election. Conservative Party President John Walsh has commissioned Dustin van Vugt, the Executive Director of the Conservative Party of Canada, to initiate a transparent process to review the 2015 campaign.

The Conservatives lost sixty-seven seats, including Kenora MP and Minister of Natural Resources Greg Rickford along with the Minister of Finance and the Aboriginal Affairs Minister. Many previously thought safe seats fell to the Liberals.

In the last election, in 2010, the Conservatives received 5,832,401 votes across Canada. That led to a majority in the House of Commons with 166 seats.

In Northwestern Ontario, the Conservatives saw their voter numbers drop at a greater percentage than the national vote dropped. The Conservatives ran the same candidates in both the 2011 and 2015 election.

Overall 7,147 fewer voters chose the Conservatives during this election.

It is likely that some of that came from running quiet campaigns that relied more on trying to shore up the traditional vote base than to attempt to reach out past that voter base to engage more voters. Likely too part of that came from the level of campaign control that was demanded from the Harper Headquarters.

The internal design of the Harper Conservatives was a very top-down heavily controlled political machine, that wanted to control the message from all candidates. During the campaign the only time in Northwestern Ontario that a Conservative candidate went off script could be when Thunder Bay Rainy River candidate Moe Comuzzi apologized over the closure of Veterans Affairs offices.

Other than that it often seemed that all the messaging was pre-scripted out of the Conservative Campaign Headquarters.

The contrast to the Liberals who ran new candidates is stark. The Liberals saw their vote numbers climb. Now it must be said that a great part of that was that there was a giant Red tidal wave that went across Canada on election night. It can also be said that the local Liberal candidates ran with a lot more youth engaged in their campaigns.

Overall however, for the Conservatives who have now gone quiet, the time for moving forward has seemingly started without their active participation. 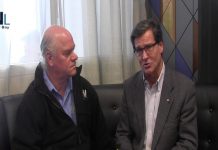 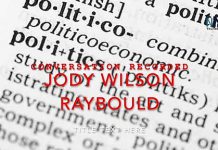