“The oil market is even more oversupplied than we had expected and we forecast this surplus to persist in 2016,” Goldman said in a note entitled “Lower for even longer”.

The U.S. bank said crude oil could fall as low as $20 a barrel, although this was not its “base case”.

Oil prices have collapsed over the last year, taking Brent down from almost $120 a barrel in the middle of 2014 to a low of almost $42 last month.

Over-production has filled oil tanks around the world, pushing commercial and government inventories to all-time highs.

Analysts say the market is slowly rebalancing, but high stocks will weigh on prices into next year.

Germany’s Commerzbank also lowered its price forecasts on Friday, saying Brent was likely to trade at $55 by the end of this year before rising to $65 by end-2016.

The IEA said a move by the world’s big oil exporters in OPEC, led by Saudi Arabia, to defend their market share by not reducing production appeared to be working.

“Oil’s price collapse is closing down high-cost production from Eagle Ford in Texas to Russia and the North Sea,” the IEA said in its monthly report.

The agency, which advises the world’s biggest economies on energy policy, said reductions in non-OPEC oil production “may result in the loss next year of half a million barrels a day – the biggest decline in 24 years”.

“The oil market is looking for something a little more concrete than the forecasts,” said Harry Tchilinguirian, global head of commodity strategy at BNP Paribas.

By Lisa Barrington and Christopher Johnson (Additional reporting by Meeyoung Cho in Seoul; Editing by Dale Hudson and Susan Thomas) 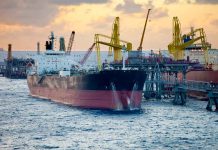 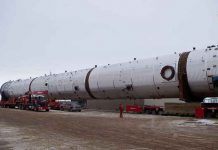