Schreiber is no longer being considered as a potential site. The community exited the process in March 0f 2015 due to unsuitable geology.

Eligible communities will each be recognized with an investment of $250,000 toward their community well-being.

The NWMO concluded Preliminary Assessment studies in both areas in March 2015, after geological field studies showed limited potential for finding suitable sites in either area.

Schreiber and its neighbouring Ontario communities of Terrace Bay and Pays Plat First Nation were active participants in this phase of work.

Terrace Bay and Pays Plat First Nation were involved in the process as neighbouring communities but were not being considered as host communities.

Along with Creighton, Denare Beach in Saskatchewan and Flin Flon in Manitoba actively participated in studies in that area. Each of these communities is eligible for the recognition funding.

“We are pleased to provide this investment in the well-being of these communities as they conclude their involvement in the site selection process,” said Kathryn Shaver, NWMO Vice-President, APM Engagement and Site Selection.

“The communities we are recognizing today helped advance our understanding of the geology in their area and its potential to safely and securely contain and isolate Canada’s used nuclear fuel. By coming together to help advance Canada’s plan, they have shown the way for collaboration, inclusiveness and decision-making,” said Ms. Shaver.

Each eligible community will be required to establish a Community Well-Being Reserve Fund or similar mechanism to administer the funding.

Studies are continuing in the areas of nine Ontario communities that requested preliminary assessments as part of the NWMO’s site selection process. Should the NWMO screen out additional areas from the site selection process during the Initial Studies phase of Preliminary Assessments, communities in close proximity to study areas that had been actively engaged would also be recognized. 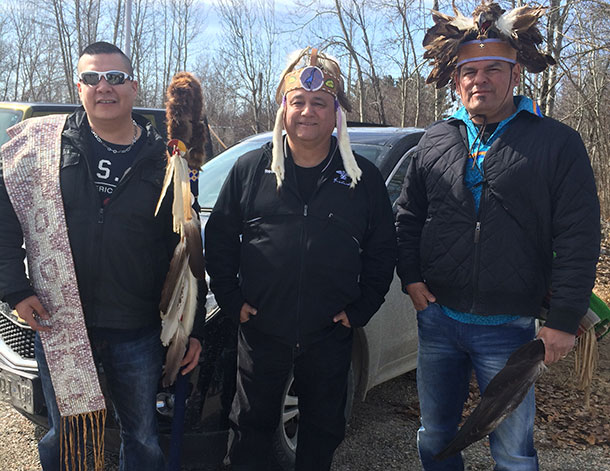