PEAWANUCK – A team of Canadian veterinarians is conducting the “biggest dog contraception program in the world”, with the free dog clinic originating in Alberta and now being held in several Northern Ontario communities, including a stop in Fort Albany on July 24 and 25.

The program’s leader, veterinarian Dr. Judith Samson-French, along with her team paid a visit to Peawanuck to run the free two-day dog clinic on June 9 and 10. The dog clinic vaccinated, dewormed, microchipped and provided contraception for more than 70 dogs in the in the First Nations community, located about 30 kilometres inland from the southwest shores of Hudson Bay.

Residents are receiving the services free of charge, explained Samson-French. “You got a great service and it was all triggered because of the rabies incidence. This community is outstanding. I mean, we have been able to handle all the dogs (and) the people have been great. I’m really, really enjoying it here (in Peawanuck).”

PetSmart Charities of Canada provided a $206,000 grant to sponsor the project in six isolated Northern Ontario communities. According to PetSmart Charities of Canada, the organization learned about the dog overpopulation issue from Chief Rex Knapaysweet of the Fort Albany First Nation. He said free-roaming dogs in remote communities rely on human-based food, water and shelter to survive, but can pose a public threat because they are often unvaccinated, unaltered and feral.

PetSmart Charities of Canada program manager Bryan Kortis said in a press release, “(Chief Knapaysweet’s) personal passion and plea to break the cycle of members of his community getting hurt and having to use lethal control on the dogs really resonated with us.”

According to Samson-French the free dog clinics are “very innovative. It’s the biggest dog contraception program in the world”.

For dog owners, the out of pocket expense for these services for one dog would cost approximately $200 and $300 for a female, explained Samson-French. One microchip is worth $75, the two vaccines are $120, and deworming for a medium to large dog is about $25 to $30 dollars. A contraceptive implant for a female dog costs $100, but thanks to the Calgary Zoo the implants cost the clinic just $50 each.

Part of the reason the dog clinic visited Peawanuck was because of a push from the Weeneebayko Area Health Authority (WAHA) for local dog health management. “Keeping local dogs healthy and happy makes our communities safer and healthier,” stated WAHA, in an information package sent out to the community.

Samson-French explained that Dr. Catherine Filejski approached her to carry out the program in the WAHA region. “(Dr. Filejski) is the one that came and got us because she didn’t know how to approach this and she wanted (the dogs) vaccinated for rabies from a public health point of view.”

Samson-French put together an experienced team for the program, consisting of Veterinary Assistant Alexandra Bogner and Veterinary Technician Lori Rogers. Rogers’ work in the Calgary Zoo implanting contraceptives in zoo animals was the connecting factor in using the same contraceptive method in the female dog population. It was in 2009 that the team first used contraceptives as a project to control the population of unwanted dogs.

Samson-French explained, “Lori Rogers was the one that said ‘Hey we are using that on zoo animals maybe we can use them in dogs.’ So that’s where the idea came from.”

Peawanuck community member Gilbert Chookomoolin took his male dog “Sparky” in to be treated after reading about the dog clinic in the information package distributed by WAHA.

He said the clinic was important for himself, Sparky and the community, because he wanted his dog to be protected from rabies. Sparky is an outdoor dog and travels with his owner out on the land. Chookomoolin said “Deworming and (rabies vaccine) were the ones I wanted.”

“I don’t want my dog to bite kids or kids to die (from rabies).”

Peawanuck Elder Laura Koostachin also took her two puppies in for the dog clinic to get their vaccines done. She heard of the upcoming visit and took in Wahpahkesho (White Fox) and Meenahgwan (Old Man’s Beard). She felt the clinic was important for her puppies, wanting them “not to get sick and to have a healthily life”. The puppies are now tied up because they started to bark at children walking by with their dogs.

Koostachin said she decided not to take in her two other dogs, since they are elderly.

The program originated in Alberta, starting with three First Nations communities in the western province and then expanded to two communities in Labrador and is now being held in the six Northern Ontario communities. The Northern Ontario clinics were first held in Moosonee, then in Peawanuck, and finished off in Moose Factory before taking a two-week break to re-supply. The clinics were then held in Attawapiskat, Kashechewan this past week, and will be in Fort Albany on July 24 and 25.

Health Canada covered the veterinary team’s travel and accommodation costs during their time in Ontario.

The vaccines covered rabies, parvovirus and distemper. The females were implanted with a contraceptive to take them out of reproduction for a year. The following year, the dogs that were vaccinated can be given another rabies vaccine that will kick in for three years, which is good for the dog and safe for the community, explained Samson-French. Female dogs vaccinated in year two will be taken out of reproduction for 18-24 months.

A dog registry was also established for all the dogs that visited the veterinary team and that registry will stay in the community. Samson-French said, “We put in a microchip, which is quite new because now we’re able to trace all the dogs. It’s a benefit to the community. If a dog bites at least we know the dog didn’t have rabies because they got vaccinated.”

The team of veterinarians will be returning to all six Northern Ontario communities next year for a second round of rabies and contraception vaccines. 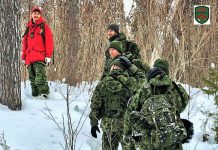 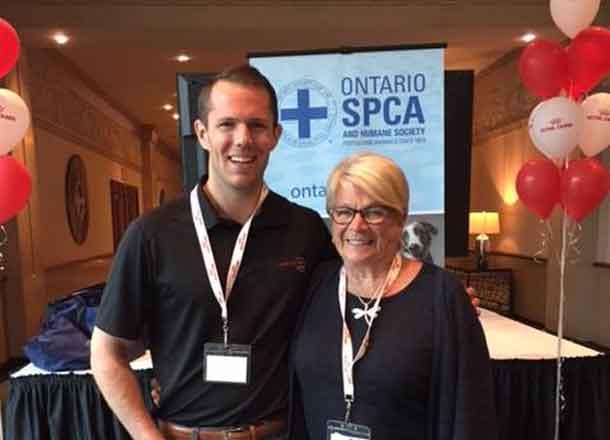