THUNDER BAY – The Friends of Chippewa Park, a not for profit organization dedicated to improving Chippewa Park will be holding its annual general meeting on Wednesday, June 24 at 7:00 PM at the Chippewa Park Pavilion.

In addition to the usual reports of officers and filling of Board vacancies, this meeting will focus on getting a head start on the development of a new Master Plan for the Park.

“The Board decided that as the City is beginning the process to select a consulting firm to update the 2000 Master Plan, we should use the opportunity of our Annual General Meeting to consult with our members and the public as to what they want to see for the future of the park.  What do they want to keep, what do they want to see enhanced, what do they believe no longer is important to the overall park and what new features would they like to see” said Friends President Lorraine Lortie-Krawczuk.

The City will be advertising for consultants early this summer and it is expected that a final decision will be made on who will develop the Master Plan by midsummer.

The first event is the return of the Bill Beavis Family Fun Day on Sunday June 28. A full afternoon of free activities has been scheduled.

Next up is the very popular first of the summer long Tuesday Night Jam Sessions starting at 7 PM on June 30.

The Sundays in the Park Concerts start on July 5 with the first group of performers being Twisted Canoe. Show time is 2 PM

That same day the first of this summer’s Melodrama performances begins. The Bones of Blackfly Fur is Going to Fly is the name of this year’s production. Performances run on Sundays at 4 PM and Thursdays at 7 PM.

All events are held in or around the Pavilion. 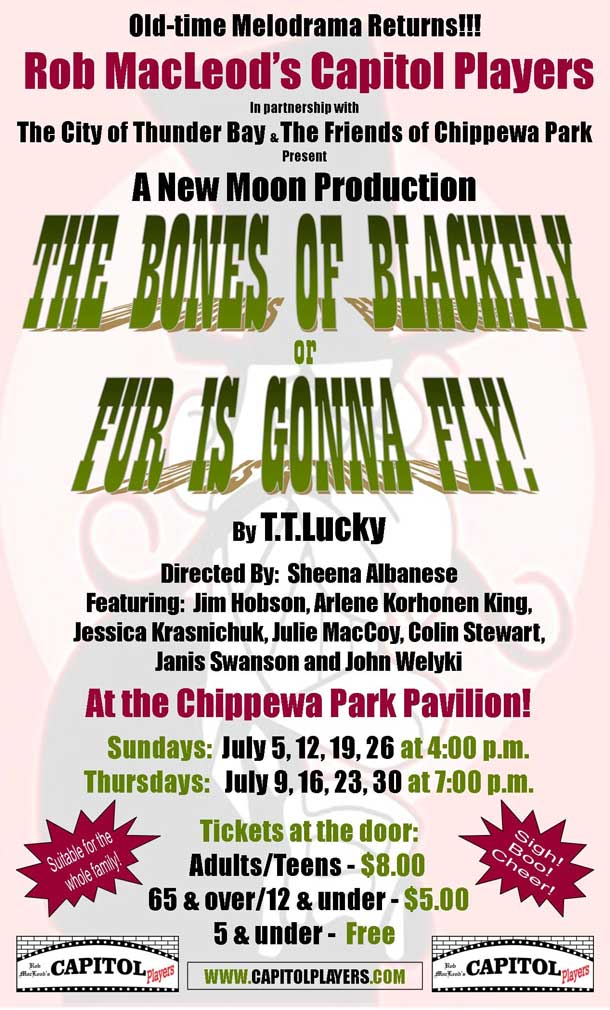 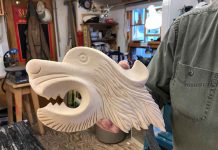 Sounds of the Century Concert Cancelled