OTTAWA – The Indigenous Bar Association shares this message today to give voice to its deep concerns with Bill C-51 for all Canadians and for Indigenous peoples in particular.

The IBA is a national association comprised of Indigenous (First Nations, Inuit and Metis) lawyers, legal academics, articling clerks and law students, including graduate and post-graduate law students. The IBA is a not-for-profit federal corporation mandated, amongst other things, to promote the advancement of legal and social justice for Indigenous peoples in Canada, as well as the reform of laws and policies affecting Indigenous peoples.

Our concerns with Bill C-51, even given its proposed amendments, are manifold. We share the concerns given voice by many other groups, including that if passed into law, Bill C-51 would:

Unduly privilege economic interests over social, political and legal interests;
Dramatically mobilize Canada’s security and surveillance apparatuses without protecting the fundamental rights and freedoms of Canadians. On the contrary, the erosion of Canadian civil and political rights appears as the condition that allows for the vast expansion in the state’s powers of security and surveillance;

Allow for the mass violation of the privacy rights of Canadians via increased powers of state surveillance and information sharing programs and protocols;

As a more general matter, the Bill as drafted is intentionally so overly-broad and ambiguous in its scope as to seriously challenge the current government’s commitment to the principle of legality. Yet that principle is one which lies at the heart of Canadian constitutionalism. Bill C-51 fundamentally misrepresents the necessary balance between freedom and security. The Bill appears to presume an ethos of mistrust of Canadian citizens. This Bill would retrograde democracy in Canada and seriously erode the quality of citizenship Canadians currently enjoy. Importantly, this Bill would signal a new era of choosing a politics of fear over a politics of freedom. It yields to terrorists a far greater victory than the immediate violence of a successful terrorist attack; it says “because we fear you, we are willing to change who we are.”

In addition to the immeasurable loss of Canadians personal freedoms, the IBA is also concerned with how Bill C-51 stands to directly impact Indigenous peoples.

First, the IBA is concerned that the effort to legislatively sideline the principle of legality through Bill C-51 might in some instances have the effect of bringing otherwise lawful advocacy in pursuit of constitutionally entrenched aboriginal and treaty rights within the discourse of terror. This might happen for instance, where the government felt that instead of pursuing the interests of all Canadians through reconciliation, a claimed aboriginal or treaty right instead operated against the interests of Canada.

Second, Indigenous people in Canada already suffer from over criminalization and surveillance by the government. Bill C-51 will further criminalize Indigenous peoples and the government will expend more money in an attempt to increase surveillance. Such a result is reckless and flagrantly irresponsible. Worse, it is ignorant: we have already learned this lesson and at a very great price. The Report of the Aboriginal Justice Inquiry of Manitoba, the Inquiry into the Death of Neil Stonechild, the
Royal Commission on Aboriginal Peoples, the Ipperwash Inquiry, and more recently, the Iacobucci Report on First Nations Representation on Ontario Juries, all conclude that there is a systemic problem of over-criminalization and/or of over-surveillance of Indigenous peoples. Section 718(2)(e) of the Criminal code, was enacted to counter this problem; however, the current government has indicated that this section may be curtailed despite the Supreme Court of Canada’s recent cautions that, “the overrepresentation of Aboriginal people in the criminal justice system is worse than ever.”

If the situation is already worse than it has ever been-despite proactive steps to address the wrongs-then it follows that actively worsening the situation will have disastrous and long term effects on Indigenous peoples in Canada. Bill C-51will create a climate that promotes the over-criminalization of Indigenous persons in Canada, and will effect a shift from over-criminalization to over-surveillance, as the new discourse of terror slowly replaces the discourse of criminality, and thus becomes the
modus operandi for the current government to “address” citizens’ resistance.From an Indigenous perspective, perhaps the greatest fault with Bill C-51 is its pernicious intentions. Indigenous peoples in Canada, already suffer from over-surveillance and over-criminalization. It is not hyperbole to state that strengthening the government’s capacity to inflict further harms on Indigenous peoples is not keeping in the spirit of reconciliation and will weaken an already fragile relationship.

The IBA submits that centring out Indigenous peoples for surveillance constitutes an institutionalized state of racism. The experiences of lawful resisters like Cindy Blackstock and Pam Palmater, and many others, continue to be problematic, and under Bill C-51 will likely increase. Canada’s information sharing practices that pertain to the unique identities of Indigenous peoples is a continuation of Canada’s attempt to assimilate Indigenous Peoples and rid itself of the “Indian Problem”.

Canada and its provinces have a shameful history of deploying militant state tactics to address Indigenous concerns such as: Oka, Seton Portage, Gustafsen Lake, Ipperwash, Clayoquot Sound, Burnt Church, Six Nations of the Grand River, Tyendinaga, Elsipogtog and many more. This is the case even though various commissions of inquiry have recommended that Canada should be looking for ways to demilitarize conflicts with Indigenous peoples.

The IBA is greatly concerned with the current strategic, resource and communications collaboration between CSIS, the RCMP, the Canadian Forces and AANDC pertaining to surveillance and intelligence-gathering of lawful Indigenous assembly and resistance. The discourse related to “aboriginal hot spots”, “splinter groups”, and “extremists” creates a risk for peaceful Indigenous resistance and assembly.

The IBA request a return of an engaged citizenry, despite the differences that exist between Indigenous peoples and the government. We hope for an end to the anti-politics promoted by the current government in which all issues of vital interest to our mutual welfare are reduced to fear of things being worse. We regret the end of debate, capacity for common ground and relationship-building in Canada. We hope that once again, Canadians will demand leadership grounded not in fear but in vision.

We are the carriers of both Canadian and Indigenous legal traditions and from our Indigenous constitutional orders, we carry also the vision of treaty. With calm but strong voices, we suggest that treaty-understood not as a settled contract but as an ongoing relationship between partners-is a robust answer to the problem of colonization and the troubled feelings about Canada that contemporary colonialism can yield. The problems of our relationship are not to be resolved by the further marginalization of Indigenous peoples, but rather by openly and transparently acknowledging Indigenous peoples’ cause for grievance, and committing to build something better, together. For those interested in thinking more about this, might we suggest that one helpful starting point is the Treaty of Niagara, 1764, which explains that Indigenous peoples agreed to be partners with British settlers, not subject to their sovereignty. Rather than criminalizing and carrying out surveillance of Indigenous peoples just for being Indigenous, reconciliation between the government and Indigenous peoples should be based on truth, respect and above all honour. 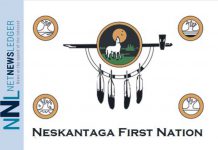