SERPENT RIVER FIRST NATION – Anishinabek – Yesterday in Sault Ste. Marie, leaders from Northern Ontario convened a meeting to discuss important matters of growth and development – critical to Ontario’s economy.  “Ontario needs to go back and re-think their level of commitment on treaties,” says Serpent River Chief Isadore Day, “It’s clear to me that while Ontario talks about recognizing treaties at the table, they do nothing to declare publicly that they in fact take treaties seriously – that’s disturbing.”

The only First Nation leader in attendance at this meeting was vocal and clear on matters that affect First Nation treaties, their lands and their jurisdiction. Chief Day, Wiindawtegowinini, cautions that Ontario isn’t doing enough to prepare itself to meet First Nation treaty issues head on with action to reconcile obligations fairly.

While internal discussions among the northern leaders during the meeting appeared to have well entrenched dialogue on “treaties” in the north, (which cover the 1850 – Robinson Treaties of Huron and Superior, as well as Treaty’s 9 and 3); Chief Isadore Day, representing the Anishinabek Nation was disturbed by the lack of recognition that Ontario pays to treaty matters in the public domain. In a media scrum after the meeting, the Minister and other officials appeared to avoid acknowledging the treaty discussions.

Chief Day, of the Serpent River First Nation, says that from now on major development in Northern Ontario is going to be analyzed closely by First Nation experts and scrutinized specifically on whether or not these developments respect the boundaries, the shared authorities and overall, the Spirit and Intent of the treaties.

“Time for talk is over,” says Day.  “If Ontario doesn’t have a clear plan as to how it intends to formally recognize treaties in the North, then major development will continue to be dampened by the need for clear commitment from Ontario. I’ve provided information to the Minister on how we could collectively address major projects in the north in a way that respects First Nation treaty interests. I urge him, his cabinet colleagues and Premier Wynne to take that information and the mandate of treaty implementation seriously; if it isn’t, we’ll assume we’re continuing to be side-stepped.”

Chief Day is expected to bring back information on his meetings with the Ministry to his First Nations colleagues in Ontario; suggesting that the “Places to Grow Act, 2005” legislation that guides all growth policies for Ontario, be legally examined. 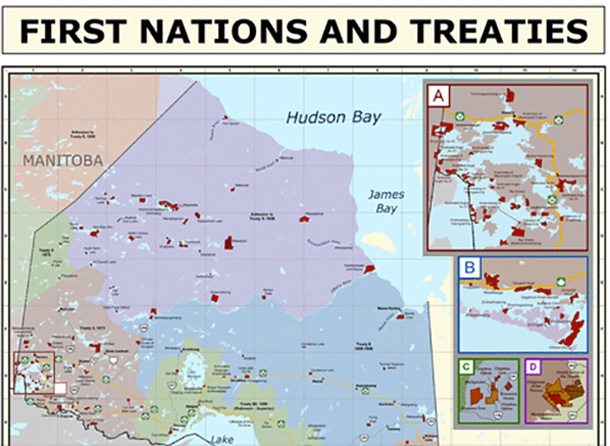 As a Treaty leader and citizen of the Robinson Huron Treaty

Attawapiskat the impetus for change