THUNDER BAY – WEATHER – If your travel plans for the day include heading to southern Ontario, then they also include snow.

Special Weather Statements are in effect for all of southern Ontario, as an Alberta Clipper makes its way to eastern Canada.

Environment Canada reports, “An Alberta clipper will sail across Southern and Eastern Ontario today and tonight, bringing a general snowfall to all the regions. Latest indications suggest a total of 10 to 15 cm of snow will fall from Grey – Bruce east across Muskoka into the Ottawa Valley. Further south, most regions will receive 5 to 10 cm of snow in total, except for the Windsor and Chatham areas where snowfall amounts will be 5 cm or less due to brief ice pellets or freezing rain mixing in mainly this morning.

In the wake of a cold front associated with the clipper, brisk and gusty northwesterly winds will usher in fresh and colder Arctic air beginning this evening. Blowing snow in areas exposed to the stiff northwesterly flow is expected tonight as the cold air moves in. 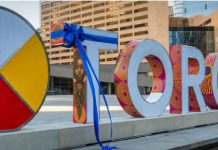 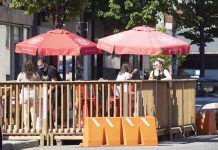 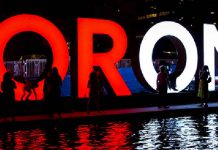 Toronto Prepares for Resurgence of COVID-19 in “Second Wave”