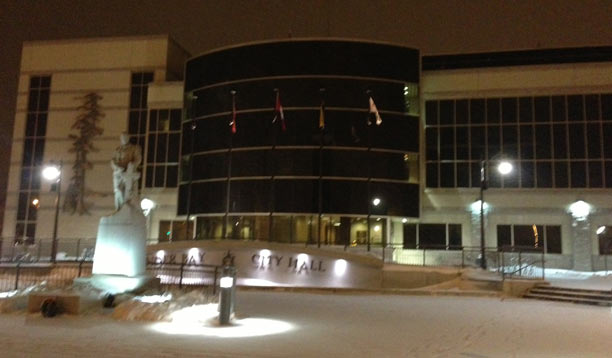 THUNDER BAY – Editorial – Thunder Bay City Council sets in place perceptions in our city with their actions. A campaign where most of the successful candidates spoke of tackling the root causes of crime, working on social policies to combat drug abuse, domestic violence, and the issues of homelessness set direction many expect to see over the coming term. That has been followed however by warnings that increased taxes are very likely just to maintain the base level of services that ratepayers are now getting.

Taxpayers are worried. There are reports coming out about hikes to water rates, increased taxes to maintain roads and sewers, and increased costs for some of the current plans Council has been working on.

On Wednesday, the Sister City Committee announced that planning has started for a trip to Finland to visit one of the Sister Cities.

That move seems for some in the city to make our Council appear out of touch with some of the economic realities that we face. Arguments that for each dollar spent over the past eight years on the Sister City efforts are generating a return of up to $16 for each dollar invested are, in many cases falling on deaf ears from taxpayers who want to see Council focus on different issues.

The issues of crime and poverty are increasingly making it to the top of the agenda for growing numbers of taxpayers.

When the Mayor has mused at Council that 2015 is going to be a difficult year for the city, it is generating concerns that Council has to get things in perspective.

Thunder Bay’s economic future needs to have a place in the discussion.

Some of the pluses that taking Thunder Bay outside to the wider world include increased numbers of students coming to Confederation College. President Jim Madder has worked toward building a new residence to house those students. That is one of the pluses of reaching out.

Building that residence will create some construction jobs, and it could also help take pressure off of an already very tight rental market.

It could be argued that Thunder Bay should be focused on fixing the roads, and putting aside all efforts toward larger projects.

Perhaps what is needed, and for those who are the constant critics of City Council, is actually being done is the final stages of the Strategic Plan for the city.

Careful planning and then moving to put that plan in place is key to the future.

There are times when it is right and needed to pull out a sharp pen and hit the city over some of their directions. That time however isn’t right now over the Sister City plan.

City Council and City Administration are putting the final touches to the Strategic Plan. That document will require careful reading, and informed study.

If that document presents a solid plan for the future, then the real work of building can start.