Victory in Battle of the Bulge – Monty’s Win?

During World War Two, there was a quiet battle behind the scenes between British General Bernard “Monty” Montgomery and American General George S. “Blood and Guts” Patton.

On January 7 1945 Montgomery held a press conference to declare that he was the primary force that led to the victory in the Battle of the Bulge. This key last major offensive of the German Army was halted after a major Allied counter-attack.

It was likely however that the bulk of the effort started with Genera Patton.

Allied Supreme Commander, General Dwight D. Eisenhower at a meeting of  the senior Commanders of his forces on December 19 1944, realizing that the Allies could destroy German forces much more easily when they were out in the open and on the offensive than if they were on the defensive, told his generals, “The present situation is to be regarded as one of opportunity for us and not of disaster. There will be only cheerful faces at this table.”

Patton, realizing what Eisenhower implied, responded, “Hell, let’s have the guts to let the bastards go all the way to Paris. Then, we’ll really cut ’em off and chew ’em up.”

Eisenhower, after saying he was not that optimistic, asked Patton how long it would take to turn his Third Army (located in northeastern France) north to counterattack.

Patton replied that he could attack with two divisions within 48 hours, to the disbelief of the other generals present. However, before he had gone to the meeting Patton had ordered his staff to prepare three contingency plans for a northward turn in at least corps strength. By the time Eisenhower asked him how long it would take, the movement was already underway.

Patton’s forces marched and drove through the night without hot food or rest to get to the battle.

The battle between Monty and Patton had gone on throughout the war. First in Africa, then in Italy and finally in France and Germany. Both men seemed to have a certain distain for each other’s styles, and both were eager to seek publicity and acclaim for their successes.

British Prime Minister Winston Churchill, addressing the House of Commons following the Battle of the Bulge said, “This is undoubtedly the greatest American battle of the war and will, I believe, be regarded as an ever-famous American victory.

Montgomery came to see the press conference as a mistake. “Distorted or not, I think now that I should never have held that press conference. So great were the feelings against me on the part of the American generals that whatever I said was bound to be wrong. I should therefore have said nothing.” Eisenhower commented in his own memoirs: “I doubt if Montgomery ever came to realize how resentful some American commanders were. They believed he had belittled them—and they were not slow to voice reciprocal scorn and contempt.” 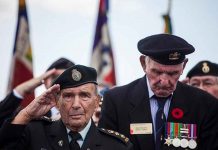 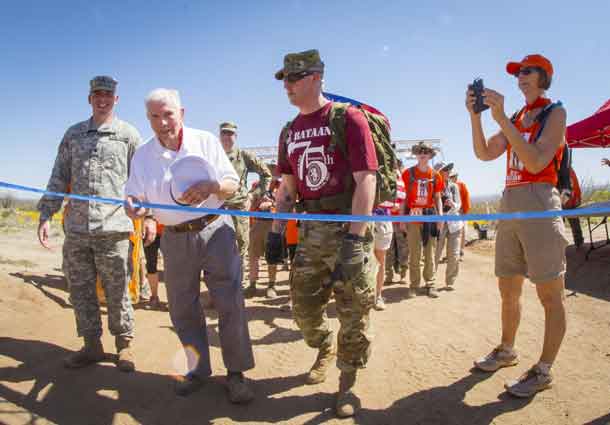