MAUI – TRAVEL – Whale watching is a growing tourism activity. People from across the globe are interested in seeing whales.

People are enjoying the adventure along the shorelines in the Atlantic, Pacific and Indian Oceans.

Whale watching has become part of green tourism, in that rather than the ages old practice of hunting whales, the whales are left for future generations.

From Hawaii, comes an opportunity for people to enjoy a respite from winter. A 2009 study, prepared for IFAW, estimated that 13 million people went whale watching globally in 2008. Whale watching generated $2.1 billion per annum in tourism revenue worldwide, employing around 13,000 workers. (Source: Wikipedia)

Historically, humpback whale counts are conducted in the waters off the coast of Maui during February. The 2014 count increased considerably to 1331 whales sighted, up from 1126 whales in 2013 (+18.1%). This is great news for whale watching in Maui.

Two major factors are behind the increase. First, several successful worldwide whale conservation programs have helped increase whale populations 5-7% annually. Second, the 4-year whale breeding cycle is slated to hit its peak this year, meaning there will be more adorable calves to see as well.

These two positive aspects have come together to make Maui’s 2015 whale watching season more than just memorable, scientists are predicting it will be another recordsetter! The Humpback Whales are the “gentle giants” of the sea and encounters should be plentiful. They can be found in large pods, or groups, all throughout the Hawaiian island chain beginning in December.

Pride of Maui combines a 2 hour Maui whale watching excursion plus snorkeling, a Hawaiian style BBQ lunch and open bar, all for about $40 USD on their state of the art customized vessels, Leilani and Pride Of Maui! Whether guests prefer to stay on board to catch some rays while observing these majestic, graceful creatures through the large viewing windows or get wet and snorkel, these vessels are customized for viewing, sunbathing and water sports – Pride of Maui has it all!

According to the Farmer’s Almanac, precipitation on Maui will be below normal (making for calm seas) and temperatures will be at or slightly above normal (inspiring beachgoers to get out on, and in, the water).

It’s important to note that visitor arrivals to Maui for the first half of 2014 were even with last year’s record, and there was a notable increase of +2.3% in arrivals to Maui in September 2014 over last year. The above numbers, when combined with visitor spending on Maui up +15.1% ($204 + USD per day) for Sept. 2014, is a strong indication that Maui is shaping up for a very good 2015 in the whale watching industry!

What better situation could there possibly be to go whale watching? It’s obvious that everything is pointing to the potential for a record breaking year. Overall, it should prove to be an exceptional year for Maui’s tourism industry, but especially whale watching tours on Maui! 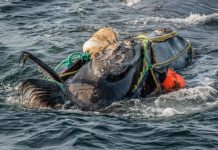 Best Whale Watching Places All Over the World

The Port of Thunder Bay: A great community asset