THUNDER BAY – Christmas in Northern Canada should be a fun season. After all, Santa Claus has his home base at the North Pole. However often it takes a lot of help for all of the holiday cheer to make its way into the hands of the children across the North.

Santa and a few helpers from 413 Transport and Rescue Squadron based at 14 Wing Greenwood arrived at 5 Wing Goose Bay in a Canadian Forces CC-130 Hercules on 10 December 2014 with a very special cargo.

The crew delivered toys for kids living in some of the most isolated northern communities in Canada. This delivery is the Royal Canadian Air Force contribution to the Royal Canadian Mounted Police’s (RCMP) annual Toys for the North campaign.

5 Wing Goose Bay members then helped wrap the gifts in the local RCMP hangar. The toys will be distributed in the communities via smaller aircraft and sometimes using snowmobiles for the last leg of their journey before reaching grateful children.

The Canadian Toy Association donated the toys and this RCMP initiative is also taking place in Winnipeg and Thunder Bay. The toys initially departed from 8 Wing Trenton. 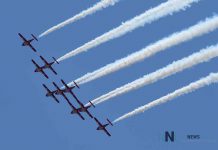 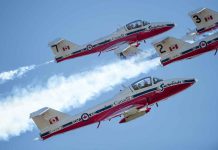