Breaking News!Premier Doug Ford Talks on Gas Prices, COVID-19, Economic Issues in Northern Ontario
LivestreamNorth Star Air Bingo Party Live – July 4 2020
Home Living Take the Bus!
THUNDER BAY – LIVING – “There it is. That’s Sears,” said the dark haired lad seated on the bus next to me. He was pointing it out to his girlfriend as our bus made its entrance to Intercity.

I recognized his Irish accent. He was a Dubliner. He would be Sean, she was Hannah as we got off together. He was here studying at the College. She was a message therapist who had received an overseas posting to work in our town.

They admired our region. The wide open spaces. Lots of greenery and trees. The BIG Lake. The Giant. To them our town was “quiteawesome.” The ease of getting around. He had a Transit Schedule in his back pocket. “Getting anywhere by the tram (as Europeans refer to what was originally called the l’autobus) is a cinch,” Sean grinned. Travelling in our city was a much smaller token in time besides contrasted to the busiest thorough fares in Ireland’s capital.

In the warmth of pools of mid-afternoon sunlight that burnished the spots we stood on, we talked of Ireland. In my own travels having gone as a student to Ireland’s far western coast and Sligo, I asked if they go there.

“Well, you know it’s a long way from Dublin, but we do go…to see our writer WB Yeats’ Country…and also to Galway,” said Hannah.

“Of course Galway is a haven for many. Including move stars,” I replied. ‘’The likes of Hollywood’s Peter O’Toole and Angelica Huston have spent
their time there.”

Nothing like travelling to another country, having others invigorate your day focusing on those who’ve done well. I recall students in Holland reminding me, as a Canadian, what great artists Canada moulded through time. Robert Service, Don Sutherland, Leonard Cohen and Frances Ann Hopkins and Barbara Frum for instance.

In parting we talked of the Scottish bid for Independence in September.

“Well now,” said Sean, ‘’Independence is a price to be a paid for. Like Ireland’s quest in 1916. We know, however, Scotland has resources to fall back on, and, this temporary stretch will likely soothe down and come out in the wash…okay?” With that we went our ways.

On another morning coming riding the bus that came Jumbo Gardens new students at the University, from India, we alive with chatter. Every one of their contingent of eight had their digital cameras ready. When the bus eventually headed down the top slope to a view of St. Paul’s Church and Lake Superior their cameras were poised. The shutters sounded. Their excitement enveloped where we were. Their hands in partnership with their eyes created a joyful interior scene of brisk activity. Within such a short space of time.

“I surely don’t know what they are saying,” the bus driver had turned to me standing at the front, “But…man…are they enjoying a view I see every day. In every season. Almost wanting to say—to myself—someday maybe I can share this with others. Well that day has got to be today!”

Yet another time on a stop across from Intercity a man got on with a very distinctive table. It was an antique of sorts. Not too big as his arms were able to cradle it as he moved to a seat. It was made of refined hardwood. Perhaps mahogany or teak. It gleamed with late sunshine pouring in through the windows.

Whoever made it—perhaps he was its maker– knew well the devotion in joining pieces together. Doing work and being devoted to the time consuming adventures with a hand plane. In the end, the graceful sheen given through the hours of varnishing giving the table’s top. Revealing its final, splendid, patina.

It reminded me of the Spanish writer Gabriel Garcia Marquez who compared good writing to the making of a table. Marquez would tell his students, “Good writing is like making a table. Much effort is needed. Much time into planning your outline. Both occupations require much skill. I would never make a really good carpenter. But that can’t hold me from taking the time to appreciate the total craftsmanship in their careers. For I have, always, had the greatest regard for good carpentry.”

These stories while travelling on Thunder Bay’s bus lines, over a year as our family resort to one motor vehicle, have proved what a San Francisco writer has said about occasional finding new material to write about. She said, “Sometimes what’s before you is like dreaming. Your key arrives before the lock you need to open.”

In this case the ticket to ride a bus has been a kind of Houdini-like process where an unlocking other people’s ways in living has gently inclined one’s senses, in recording things, as a fellow passenger and collector of stories. What Bruce Chatwin termed scribblings taking one from anywhere: London to Patagonia. Or, Boston to Beijing. Each route measuring a nation’s footsteps along with yours.”

And as Marquez has written, “the truth is there is not a line in my writing that does not have a basis in reality. Only one must realize a Caribbean reality will often resemble a wild imagination.” 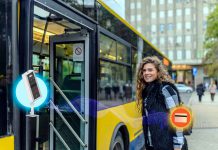