Vance, the head of Canadian military operations, said Canadian aircraft have flown 27 operations in the fight against IS, also known as the Islamic State in Iraq and Syria, with the fighter jets flying 18 of those.

In one case, the Canadian Aurora surveillance aircraft participated in “the destruction of a key ISIL base,” Vance said. “The destruction of ISIL’s equipment means, in this case, that they will not be able to use the river against the population in Anbar province.”


Canada has six CF-18 fighter jets, as well as two CP-140 Aurora surveillance aircraft and a CC-150 Polaris operating out of air bases in Kuwait. The combat mission, which began with the first patrols last week, has been carried out under a blanket of secrecy with the Canadian military denying media access to the bases where Canadian aviators are quartered. 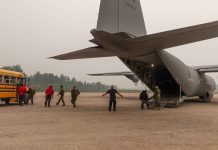 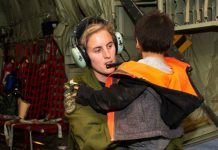