Home Living Scotland Persona Well Beyond Fiction in Canada
THUNDER BAY – LIVING – There are a hearty handful of brave heart reasons the mention of Scotland impacts our lives. Firstly the Bible we initially read, heard childhood sermons about, was the King James Version. Likely a hefty onion skin paged collection of both Old and New Testaments reflecting the original parables in spiritual teaching while mirroring the religious devotion of a Scots Nation fortifying the standards of its ways. Where a collecting of psalms and scripture were galvanizing a Church and State Union that has truly had more influence on our Commonwealth of countries than even the entire works of good old William Shakespeare.

Secondly, Canada’s vast linkage by railroad was orchestrated by a Scot whom our Canadian historian Pierre Burton has narrated so well: The Last Spike. That rail line west was the first long distance journey by train I ever took as a young student going all the way out to Vancouver and the Pacific Ocean. What a schoolboy wonder it was. The wide blue The Pacific! The first ocean I eversaw. Long before taking ships on, and encountering, the Atlantic Ocean, the North Sea, Strait of Dover, Irish Sea, or, the Hudson River and New York Harbour, or,even Cape Cod’s waters.

And while growing up it was my clever trout-fishing Uncle McArthur who’s profound methods of story telling would bind our family gatherings, throughout every season, with his remarkable memory of events and humble adventures that made me think he was the original raconteur of Brent Street, near the Balsam Street Soccer Field, in Port Arthur.

McArthur was the initial reason I wanted to keep a notebook, and write down stories, in a way I connected with my childhood hero in writing Robert Louis Stevenson (RLS). I always imagined RLS and myself dipping our quill pens into glass ink bottles and then beginning to coax our first paragraphs in designing our own theme books on a vast array of subjects.

Fourth, and most importantly above anything else in one’s life—my wife Margaret. An attractive, athletic American born Scot. The lead sled-dog as our First Nations would say in the matrix of our family and its travels, adventures and journeys through a lifetime. What more anyone might request of a Great Creator I certainly wouldn’t ask…

Then the birth of our lad, Galen. A name the Romans once brought to Scotland during the on-going building of Hadrian’s Wall along their envisioned re-fortressing and take over of a vast Highland Nation. Before those ancient home grown Caledonians of Scotland humbled their invaders and defeated Hadrian.

Last week flying out west visiting Galen…Alberta farming crews who would appear wearing Scottish T-Shirts, kilts, tams or be viewed driving vehicles with the National flag of Scotland complete with the rearing Rampart Lion insignia. Plus their tanned tawny muscular strength lifting and harvesting all things that an Autumn prevails on their harvest for winter. They seemed so inspired in agriculture their hefting and weighty work made one keen on the native sport of making an Olympian Venue of their caber tosses. Where brawn and manifested ideas of leaning forward revealed stunning positive results in maintaining and subsisting where ones like these, and so many of Canada’s other migrant men and women have furnished the slopes and valleys of our nation with the drive and resilience that marks their plight.

Their passages to unifying our country from Atlantic to Pacific shores.

On an educational briefing it has been the brilliant, witty, and purely driven Renaissance-like mind of Professor David Kemp of Lakehead University whose two year course in Geomorphology and Climatology I once enrolled in that has so intensely moulded my vision, outlook, and perception on the beauties and wonders of our global planet.

Its phenomenal historic underpinnings above– and below– the surface of the Earth’s crust that invites a collegial understanding not only of things like Global warming, earthquakes in California or Turkey or South America, or, the increasing tsunami cauldrons boiling in the up welling of Asian and other oceans but also the realizations of what a gifted relation there is—can always be—in mankind’s relation and compatriot living with the wild life and future holdings in the perspectives of what man and Nature will live through into future time.

These notes are of course taken from our home in North American where the import of a Nation like Scotland has been one of the major influences in who we are. Here along the Shores of Lake Superior—the world’s largest freshwater lake—and our pride in the traditional contemporary images and sounds of the MacGillvray pipers. The cross-Canada meanderings and frontier exploits of Alexander MacKenzie. The ole ‘surly Scot’ John A. MacDonald our first Prime Minister. And so many endless Gaelic and Heraldic reelings through our country’s meshing with noble migrators– from now—almost every other nation coming to our shores.

IF we lived in India, China, Japan, Manilla, Australia or continental Europe or Russia we would of course be focusing on the impact of what became the backbone and itinerant driving forces of their peoples and provinces they dwell in. However, ours is what it is. And this is merely a sidebar of how our family might view our scene today.

Now the International news bureaus, and global media, will indeed be spotlighting how native Scots living in places like Berwick, the Borders, Aberdeen, Glasgow, Edinburgh, and Robbie Burns’ poetic fields of Ayrshire, Iona, the Shetlands, and elsewhere, may see their three centuries a-going-into future time.

Having been tied, so dearly since Queen Victoria’s reign, to the apron strings of Britain’s Home Parliament in London. This Thursday’s Scottish Referendum will be like an unfolding saga with either a polished nugget of a Golden era to follow or perhaps sadly, and disdainfully, a gut wrenching tearful shedding of maternal ties to the Queen going well back to the early days of Scotland’s grand parents of today.

As a Canadian born Scot said to me this week, “I’d vote No. Then, would never dream of telling my Gaelic Ancestors how I cast my ballot.“ 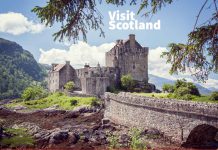 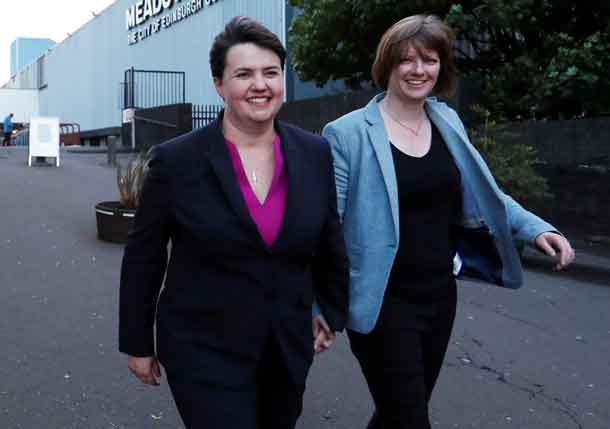 Scotland – Bid for Independence Shot Down 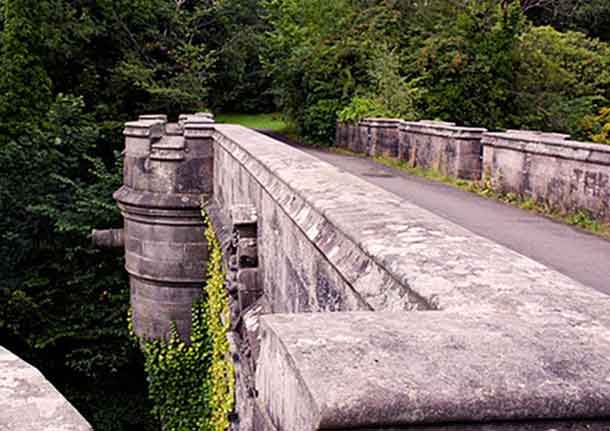 Why Are Dogs Dying at Overtoun Bridge in Scotland?