THUNDER BAY – “It is gratifying to see the effort expended on this project has come to a very successful conclusion,” stated Minister Bill Mauro, the MPP for Thunder Bay Atikokan. Atikokan is now home to the largest completely biomass fired energy generation facility in North America. This project will help ensure the energy security of Northwestern Ontario and provide health and employment benefits to those living in Atikokan for decades to come. I want to thank everyone for their support over the years as we worked towards making today a reality.”

MPP Mauro has fought over the past five years to keep the Atikokan plant open and keep the jobs in the community.

“Northwestern Ontario is on the leading edge of some very exciting new mining and forestry developments and I am very pleased that our government is taking action to meet the future energy needs of our region. This project is not only providing more clean power to Ontarians, it is creating promising new economic opportunities and sustainable jobs for Northwestern Ontarians,” commented Minister Michael Gravelle, MPP, Thunder Bay-Superior North.

Atikokan Generating Station, which employs 70 full-time workers, burned its last coal, two years ago, on Sept. 11, 2012. Conversion of the station began in mid-2012 and included construction of two silos and boiler modifications to accommodate the biomass. The project employed over 200 highly skilled trades people and technical workers.

A coal-free energy mix will lead to a significant reduction in harmful emissions, cleaner air and a healthier environment.

The biomass used to fuel Atikokan Generating Station is being harvested and processed in Ontario. Domestic suppliers have leveraged this opportunity to secure contracts to provide pellets to international buyers.

Providing clean, reliable and affordable power is part of the government’s plan to invest in people, build modern infrastructure and support a dynamic and innovative business climate across Ontario.

“A new era has dawned in Ontario; one where the air will be cleaner and the multiple costs of coal-fired generation have become a distant memory. Atikokan’s successful conversion to biomass will put Ontario on the world map as a leader in using this sustainable fuel source for electricity production,” stated Bob Chiarelli, Minister of Energy.

“Close to 100 per cent of the electricity OPG produces is from sources that are virtually free of climate change or smog causing emissions. Atikokan GS is a unique addition to our clean energy portfolio as it provides dispatchable renewable energy that can be used when the power system needs it.”
— Tom Mitchell, President and CEO, Ontario Power Generation 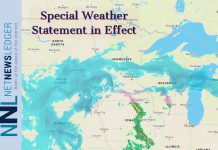