Home Entertainment Nebraska Meandering Through the Heartland with Bill Murray 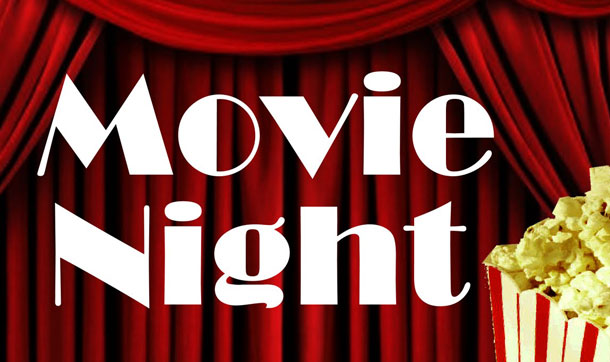 THUNDER BAY – ENTERTAINMENT – What an artistic work in excellence comes across while viewing Director Alexander Payne’s Award Winning film Nebraska. It’s theme in tracing the advancement of aging is more than compelling.

Payne’s touching black and white narrative captures a superbly written, yet ever so poignantly sparse, script by Bob Nelson.

Nebraska is Nelson’s first film script. His craft in polishing the film’s dialogue was honoured at this year’s Oscars.

The storyline in Nebraska starring Bruce Dern as Woody Grant follows Woody’s obsession and pursuit of a (believable?) notice, in the mail, indicating he may have won a million dollars.

Woody just can’t think about anything else. It may be the flip side in life to a youngster paying for a coupon at the Circus stating if you take this to the bicycle shop you can exchange it for a brand new bicycle tire. That actually happened to one we grew up with. Turned out the bicycle shop had moved out of town the year before.

Actress June Squidd plays Woody’s wife Kate. Her terse reasoning while coolly deciphering what a condescending calamity has shackled Woody brings her to a boiling point. She rails over and over that Woody’s bent out of his mind.

She harps how ridiculous Woody has become while wanting to walk from his home in Billings, Montana to Nebraska. In fact, Lincoln to collect on the letter.

However, there is one in Woody’s family who comprehends the debilitating nature Alzheimer’s has rendered. So that Woody suffers in his ability to maintain any consistency in daily concerns.

Meaning his son David (Will Forte, formerly of Saturday Night Live) will engage Woody’s adventure in a contemporary version of Don Quixote and Sanchez. Possessed by dreams of his winning, seeing clearly his target like the windmill in Cervantes’ story.

A notion occurred to me watching Payne’s saga unfold. With Woody and David travelling the vast isolated heartland of North America, the screening and setting could easily have been set in an isolated region of Canada: Arcola, Saskatchewan to Olds, Alberta.

Given small town places and the advent of settlers plodding their sod busting chapters in our own country’s history.

Payne slowly reveals how time has drifted with Woody. What’s gone before; How Woody’s life has slipped through decades following his return from the Korean War. His work as a garage mechanic consuming endless chunks of his civilian life leaves him a vagabond of creative memories.

There is a wonderful black and white weave Payne brings.

As with earlier black and white films like the Elephant Man and Moby Dick. Though Nebraska is devoid of colour Payne used
In his previous spectacular work The Descendants. There is an attraction to the wealth of highlights and charcoal shades in Nebraska’s cameos.

Phedon Papamichael, as cinematographer, was fittingly heralded by San Francisco’s Film Circle. Deservingly nominated for an Oscar. He organizes and films such beautifully framed sets capturing the human condition with an unmistakable naturalness.

Nebraska’s story interacts, with viewers, in the way a classic black and white photograph by Ansel Adam’s might appear IF ‘energized’ into animation.

“I’ve seen this film three times already,” said a patron at a screening we shared. “Knowing I could go back to it at least five times.
Catching something new every time.”

Before walking away, he covered a short film history, ”I’ve adored black and white Features since seeing that boxer in Raging Bull. Or,
David Lynch’s The Eraser Head. That surreal Industrialized piece from England.”

Yet what really galvanizes Nebraska came back remembering Bruce Dern initially began in live theatre. He acted in a version of existentialist writer Sam Beckett’s Waiting for Godot where Dern worked in Philadelphia. With Nebraska it’s the frugal Becket-like dialogue that pares down Woody’ s fragility with dementia. And this journey across the heartland contains riveting slices of mid-western humour.

A bond emerges where Woody and his son are semi-welded travelling by car in their informality. Moderating time as they exit Montana his son asks about the original love between Woody and Kate. Woody straight -faced shirks the romantic bit. Goes on to cover the matter of fact-ness in their relationship.

Woody is succinct, ”if it wasn’t her (your mother) I’d just end up with someone else giving me the dickens all the time.” Nuf
said.

Pausing in South Dakota they stand looking at all the Presidents Carved in Mount Rushmore. His son asks for an appraisal. Only moments before Woody had downgraded it as ”a pile of rocks.” Woody continues, using his mechanic’s eye for exact fits, ”it doesn’t look finished.”

Noticing his son’s odd stare Woody allows, ”Washington is the only one with clothes on.” Then, before turning to leave Woody mumbles, “Lincoln is missing an ear.”

However, Woody’s million dollar mania becomes the talk-of the-town issue as they make a pit-stop with relatives in fictional Hawthorne,
Nebraska.

At this juncture Kate joins everyone. The interaction with their in-laws, and, aged friends is grueling. Almost predictable are the
pariah-like dibs on re-payments of things Woody will face as gossip seeps out, circulating this small town America.

Later Kate steps into a scene, with a cruel bluntness, as they visit Woody’s former boyhood homestead. Everything in disrepair. With an
Interior where a child’s cribs, and chair, are so weathered. Broken on a dusty floor. The walls peeling lacking fresh paint. Matter of factly, Kate quips, “yup, this is just how your mother would have kept it.”

These one-liners are far from any affirmative upwelling, or, lift.

Inside her tongue is almost beyond sinister in swiping digs.

Then we shift gears moving, with a gentle clarity in realism, where Woody surveys all that was. Right where he grew up. His voice aches as he recognizes honest dreams on a fade. Facing this great gap and the abyss in time, Woody grieves, ”just…old wood (everywhere). Nothing. But some weeds. Here. Now.”

Especially for modern families who know and have been with our elderly. Who within the semi-transparency of their existence try to cope with the elements of age. The reality of aging. Besides, the kinds of clouded horizons they face, literally, everyday.

One summer spending time with actor Bill Murray we spoke of our folks. Murray remarked, “some think very little of our elderly. Almost like they are beyond bonding in time.

And not fully understanding they are not scrap metal. They are genuine living museums of knowledge. Who talk actively of their own history? Given in spending time with them.”

Thus, it is with Woody. Payne exposes Woody’s pseudo and psychological fascination with a Clearing House Ticket received by a fleeting touch of serendipity in the mail.

Certainly the making of Nebraska, and viewing the pivotal selections of major roles within it, hold’s a film’s currency that is worth a fortune to the viewer’s soul.

Payne blends his name’s noun into a family’s human pain. Yet there is a twisted goodness that is wrung out quite humanly in places. Payne allows viewers to rebound from crestfallen moments. The music, the action, the obsessive penetrating march to a million rolls on.

Nebraska won the Palme d’Or Prize at Cannes in 2013. There followed a phenomenal ten minute standing ovation for Payne and his crew almost overwhelmed by the joie de vivre this work created in France.

Payne said they were more than dream walking after all their cinematography, casting and efforts.

What to make of a film which has been in the works since 2004? Nebraska is naturally raw dealing with this subject but with Payne is noble. And his non-embellishment to the world of ones who grow old is acutely right on.

Their weekly offerings in face to face encounters serving us all so brilliantly as we support, cheer them on. For nothing is easy in their schedules. Perhaps even a task like tying a shoelace. Where their battery lights on skills, and thought processing, are on a faulted ever so declining plane.

But, at moments, they are occasionally so bright. Yet, confusingly to their nature-at the same–so very brittle.

Recently our own family’s sterling clan members come to realize these signs more so weekly. Then daily. Where horizons taper. Narrow. To a dimmer way in life. To negotiating everything then: one step-at-a-time.

Yet, we simply hope we’ll discover more of this with our own reflexive nature to mesh with it all. Once that occurs.

Once more in our own very private journey into future time.