THUNDER BAY – Forest fires in British Columbia have crews from across Canada responding to help fight the fire. There are 315 personnel from the Ontario Ministry of Natural Resources and Forestry on assignment in the Northwest Territories (120), Alberta (121), and British Columbia (74) to assist in their forest fire management efforts.

These personnel are from Aviation, Forest Fire and Emergency Services bases across the province and are FireRanger crews, Incident Management Team (IMT) members as well as specialists in areas such as fire behaviour analysis, liaison and helicopter coordination.


A Type 1 Ontario Incident Management team has now assumed command on the Smith Creek fire. This transition will bring increased support staff to help manage the wildfire which started two days ago.

The team is looking forward to continuing progress and positive efforts on the fire, which is estimated at 260 hectares and is approximately 30 per cent contained.

Collaboration with the West Kelowna, Peachland, Lake Country and Kelowna fire departments continues. Personnel from the Wildfire Management Branch will also continue to support efforts on this fire in various roles.

Increased fire activity was seen once again today as a result of unburned fuels igniting within the fire’s interior. The fire has not exceeded guards or retardant lines. Potential for downhill creep exists this evening as strong winds continue.

Breaking trees may be noticed within the vicinity of the fire as a result of these strong winds. Fire fighters may be removed from these areas of concern for safety reasons. Other methods of suppression will be tactically considered when safety concerns are present.

This particular wildfire is suspected to be human-caused, as many are, and therefore preventable. This is a serious and unfortunate reminder of the risk of wildfire in the Kamloops Fire Centre region.

Numerous Evacuation Alerts and Orders have been issued by the Central Okanagan Regional District due to this fire. For more information visit CORDEmergency.ca

As of the evening of July 19, there are two active fires in the Northwest region. Both of these fires are in the far north of the Red Lake district and are being monitored. Kenora District Fire Number 9, a 0.1 ha island fire on Lake of the Woods, started late July 18 and was declared out on July 19. The forest fire hazard is currently high to extreme in the eastern districts of the region and low to moderate in the western districts of the region. For Saturday July 19, most of the region will experience showers and a risk of thunderstorms except the extreme eastern sectors which will have a mix of sun and cloud.

On Sunday July 20, rainy conditions and a risk of thunderstorms will continue with a slight chance of severe storms that could produce hail and strong wind gusts. 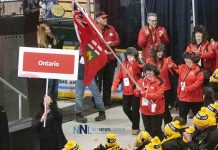 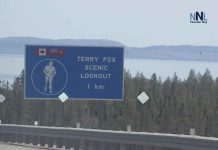