THUNDER BAY – The City of Thunder Bay Crime-Stoppers have released a new video as a part of working toward making our city more inclusive and accepting of each other.

There have been a number of efforts ongoing in the city to stem what are seen as serious issues with racism.

There have been recent attacks on people on our city’s streets, that have racial overtones. 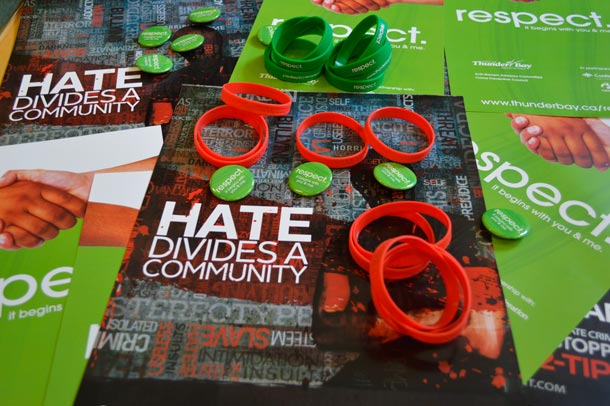 Thunder Bay has put in place several efforts to help build greater inclusiveness across the city. Those include the Crime Prevention Council, the Anti-racism committee, working with youth, and the Aboriginal Initiatives in both the City of Thunder Bay and the Thunder Bay Police Service.

Thunder Bay has also teamed up with Confederation College with the Respect campaign.

Reported Hate Crimes in Thunder Bay are up.

Making our city a better place for everyone to live means simply accepting others, accepting differences, and treating each other with respect.

It is a sad reality that while many speak of “The Golden Rule – Do unto others as you would have others do unto you”, it appears not everyone is actually practicing that rule as they could.

The impact of people of being excluded, discriminated against, or hated is a powerful cause of more hate, more problems, and it is an ever downward cycle.

“We are better than this” is the slogan for the anti- hate crime campaign supported by Crime-Stoppers.

We are honestly much better than those who seem trapped in hate.

Thunder Bay is a super place, but as sadly often seen, the efforts of a few can take away the hard work of many.