PIKANGIKUM, ON – Five students from the two-year Forest Ecosystem Management Technician (FEMT) program at Confederation College crossed the stage today at the 2014 Convocation Ceremony, to signify and celebrate the completion of their academic programs.  The students are part of the Sioux Lookout Campus but were able to study in their home community of Pikangikum First Nation.

The convocation ceremony recognized that this is the first graduation for a two-year post-secondary program in a First Nation community.  It also marked the fulfillment of the Whitefeather Forest training initiative funded through Human Resources and Skills Development Canada.  Confederation College acknowledged the honour it was to work with both the Whitefeather Forest Community Resource Management Authority and Pikangikum First Nation.

Training from the initiative has included Pre-GED, GED, HEO, Office Administration, College Access and Forest Ecosystem Management Technician.  Two years ago represented the first ever convocation ceremony in a First Nation community (also Pikangikum First Nation), with seven graduates receiving their diplomas from College Access and Office Administration Programs.  Many of the students graduating from the FEMT program this year previously completed many other programs and put in additional years of training prior to beginning in Forestry so the end of their extensive journey was well-earned today.

The group from this year’s ceremony joins the over 1350 students who are graduating from Confederation College this year from across northwestern Ontario.

“This is a year of firsts,” said Madder.  “Firsts for our students and firsts for some of our programs.  We made history today.  We are extremely proud of our students for reaching this important milestone.  We wish them continued success as they move forward into the next phase of their individual journeys.”

Warren Keeper was one of the program’s successful graduates.

While working at Whitefeather Forest Community Resource Management Authority, he became aware of the program and knew he would be applying.  “I liked that it was based in Pikangikum and that I didn’t have to leave my home to get more education.”  Keeper previously studied in the Pre-Technology Trades program at Confederation College.

Enjoying the opportunity to work outside and do some hands-on learning, Keeper said that “The best thing about the program is that you get to use what you’ve learned in the field.”  One way he was able to do so was with the field trips his class took to forestry sites in the area.  Keeper looks forward to getting a job in the field and applying what he’s learned in a working environment.

The Governor General’s Award recipient was Anne Willis, from the Thunder Bay campus, who graduated from the two-year Environment Technician program with a 4.0 GPA. This award is presented annually to the student that has achieved the highest academic standing in the final year of a diploma level postsecondary program earning an average of 80% or better.

The June 17, 2014 Graduation Ceremony was attended by family and friends as well as staff and faculty from Confederation College. 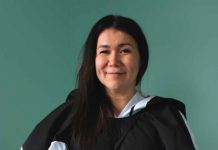 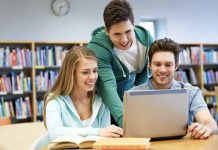 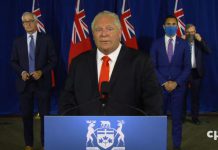 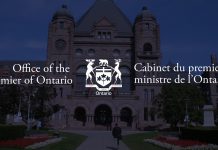