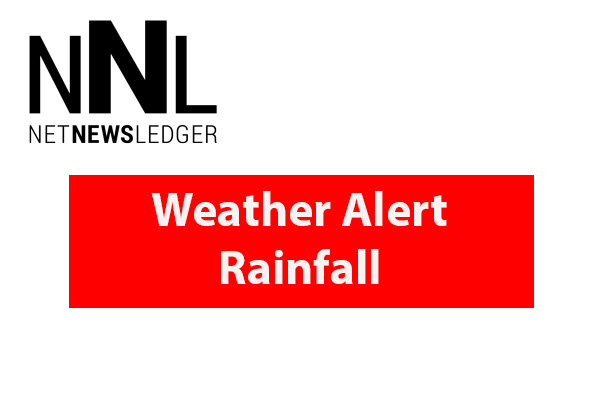 THUNDER BAY –  WEATHER – Environment Canada is continuing to advise local residents in the Thunder Bay District and the City of Thunder Bay over rainfall.

Showers continues this afternoon from Lake Superior northeastwards towards Kapuskasing as a front remains nearly stationary over the area. These showers are expected to ease somewhat overnight however a developing low pressure system currently over South Dakota will spread rain over much of Northern Ontario early Monday morning. Total rainfall amounts of 25 to 40 mm are expected by Tuesday morning. Locally higher amounts may be possible due to thunderstorms where rainfall amounts may exceed 50 mm over the two day period. Rain will taper off in Northwestern Ontario Tuesday morning and late Tuesday for Northeastern Ontario.

Rainfall warnings are issued when total rainfall amounts of 50 mm in 24 hours are expected. Environment Canada meteorologists will continue to monitor the situation and will issue any warnings or statements as required.

Ontario Emergency Services reports, “As of May 30th, water levels and flows for some portions of the region have returned to near seasonal values. Some locations in the Dryden area remain a concern. Forecast precipitation over the next five days includes 20-80mm, with 30-50mm possible from thunderstorms”.

If you experience localized issues in Thunder Bay: 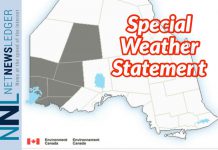 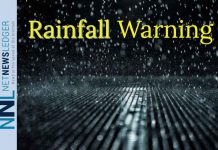