Iran offers a template of how things might change

TORONTO, ON – Business – Canada’s initial response to Russia’s invasion and annexation of Crimea – while placing it at the forefront of the international response – still don’t amount to much.

So far, Canada has recalled its ambassador from Moscow, led the drive to expel Russia from the G8 and imposed economic sanctions banning Canadians from doing business with certain “designated persons”, that is, Russian and Ukrainian individuals and companies that Canada has deemed complicit in the Kremlin’s actions.

But when the government first imposed sanctions in March, it made clear that more restrictions would follow if Russia did not reverse course. With the crisis again escalating, Canadian companies had best be prepared if the government follows through.

The evolution of Canada’s sanctions against Iran offers a template of how things might change. Under the Special Economic Measures Act (SEMA), Canada dramatically tightened its sanctions on Iran between 2010 and 2012. In addition to establishing a lengthy list of designated individuals and entities with which doing business is off-limits, Canada now prohibits Canadians from engaging in almost all trade in goods with Iran, most financial services, many other services and all investment.Stricter sanctions against Russia could likewise include full or partial trade embargos, bans on dealings with Russian financial institutions, and broad restrictions on other economic activity and investment in Russia or with Russians.

Like Canada, the U.S. and the E.U. have expressed a readiness to do more to restrain or punish Russia. Notably, while the U.S. and E.U. have backed the April 17 framework agreement aimed at de-escalating the situation in Ukraine, neither committed to refrain from imposing further sanctions. Additional Canadian measures against Russia are likely to correspond closely to those of the U.S. and the E.U., but it is not a given that they will be the same. The U.S. has taken a slightly stricter approach than Canada, for example by banning the export to Russia of “dual use” items having potential military application. Canada and its partners will each weigh carefully their unique economic and domestic political interests and vulnerabilities.

The ideology of each government will play a role too. The Iran experience is illustrative.

Canada was more aggressive than some of its partners in listing designated persons, preferring to cast the net wide even if that meant listing some persons in error. Similarly, since January, the U.S. and the E.U. have temporarily loosened some trade and other sanctions against Iran in reciprocity for Iran’s suspension of certain uranium enrichment activities. Canada, however, has declined to follow suit.

And, unlike many European countries, Canada is not significantly dependent on Russian energy. On the contrary, Canadian energy sector exports could benefit if the E.U. takes serious steps to reduce its reliance on Russian oil and gas. Canadian companies have approximately $5 billion in direct investment in Russia and annual Canadian merchandise exports to Russia total about $1.5 billion more. These figures are small in the scheme of Canada’s outward trade and investment but they include important commercial relationships for companies like Kinross Gold and Bombardier Aerospace, which are at risk from Canadian sanctions and Russia’s response.

While recognizing that Canada cannot ignore Russia’s actions, not surprisingly Canadian businesses with interests there have counseled caution. The government has responded pointedly that Canada’s “principled foreign policy must take precedence over corporate interests” but, in practice, it has exercised the caution counseled.

On March 22, in a gesture aimed as much at Canada’s large ethnic Ukrainian community as at Moscow or Kyiv, Prime Minister Stephen Harper became the first G7 leader to visit Ukraine since the fall of the Yanukovych government. However, the only subsequent changes to Canada’s sanctions have been modest and incremental: the addition to the “designated persons” lists on April 12 of three persons previously designated by the U.S.: two Crimean officials and an oil and gas company that was seized from Ukraine by the new Crimean government.

But as unrest in the Donetsk region reinforces concerns that Russia’s territorial ambitions in Ukraine extend beyond Crimea, further Canadian sanctions are likely, increasing the risks for Canadian companies doing business in Russia or with Russian or Ukrainian persons. And if Russia actually were to invade eastern Ukraine, the restraint exhibited by Canada and its allies will vanish quickly: in that scenario, expect broad sanctions aimed at squeezing Russia economically, much as sanctions have squeezed Iran for its nuclear ambitions.

Matthew Kronby is a partner, and Laura Murray is an associate, with the International Trade and Investment Law group of Bennett Jones LLP. 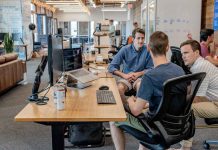