THUNDER BAY – Andrew Foulds is not willing to let CBC Radio cuts to Thunder Bay go without a fight. The Current River Councillor and candidate for the New Democrats in Thunder Bay Superior North says, “‘This change will result in not getting timely local emergency information to air. Instead of walking down the hall, staff will now have to call Sudbury. This is particularly important in the Northwest with major road closures, school closures, a major disaster, and dangerous weather”.

The resolution calls on the federal government to increase funding for the public broadcaster.

“I was pleased that Council sees the value of these jobs and this service.  The CBC is part of the Canadian identity, it makes up part of our collective DNA,” commented Foulds. 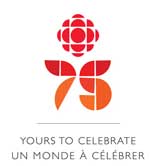 “The cutting of this service will have a profound effect for the Northwest. CBC Thunder Bay will now have a difficult time fulfilling its mandate to represent the community  and the region in which it is located. Afternoon programming (with only the news coming from Thunder Bay) will now be completely managed by Sudbury,” stated Foulds.

“The elimination of the afternoon show (Voyage North) is totally unacceptable. It will have a harmful and damaging effect on the arts and culture community in Thunder Bay and our region. Local and regional musicians, shows, and other arts and culture events will no longer have a Northwestern Ontario stage,” continued Foulds.

Foulds says, “Each part of this province has its own character. With these cuts the broadcast region, for the afternoon will now be the Manitoba Boundary to the Quebec boundary, from Hudson and James Bay in the North to Fort Frances in the South and over to Parry Sound – the size of several of Europe’s largest countries!”

“I am pleased my colleagues recognize the importance of arts and culture as well as the release of timely emergency information for Northwestern Ontario.  The entire community must now mobilize, stand up and tell the federal government to stop the cuts to CBC Thunder Bay,” concluded Foulds.