PEASE AIR NATIONAL GUARD BASE, N.H. – A year ago today on the morning of the 2013 Boston Marathon, Alan Bauman and Colin Bellavance woke up at Lackland Air Force Base, Texas, ready to tackle the final two weeks of basic training.

By the day’s end, the two flightmates began to learn the significance of the Airmen’s Creed and its call to “never leave an airman behind.”

More than 2,000 miles away, Bauman’s brother, Jeff, was critically injured when the first of two bombs exploded near the marathon’s finish line. The attack left Jeff a double amputee and one of 264 injured. A photograph of him being wheeled to an ambulance by the cowboy-hat-wearing Carlos Arredondo became one of the most iconic images of that tragic day.

As news of the bombing spread across the country, Bauman made a phone call home required by all trainees with family in the Boston area. His father answered the call and told Alan that Jeff was injured while watching Jeff’s girlfriend run the race. The following day, in a phone call with his father, he learned the tragic news that Jeff would lose both of his legs.

“I didn’t know how to react,” said Alan, now an airman first class assigned to the structures shop in the 157th Civil Engineer Squadron here. “I broke down and started asking all kinds of questions about what happened. After that, I kind of blacked out.”

Bellavance, who forged a friendship with Alan beginning on their flight to basic training, saw Alan’s reaction following the phone call and knew it wasn’t good news. Despite his dorm chief responsibilities, Bellavance worked to be by Alan’s side as often as possible.

“That was an event to me that drastically in an instant changed how close our friendship became,” said Bellavance, an airman first class firefighter with the 157th CES. “It was an emotional time to step back and realize the magnitude of what had happened at home. The significance of why we were [in military training] changed a lot right before graduation.”

At Lackland, the 324th Training Squadron showed the same concern toward Alan. He alerted his military training instructor, Air Force Staff Sgt. Christopher Florida, about the injuries and then was escorted to the commander.

“That’s when they told me there was a time and place to be a trainer,” Alan said in a February interview. “Given the situation I was in, they took the MTI hats off. They really took care of me.”

Squadron leadership continued to meet with Alan and allowed him ample time to call home. He also was offered emergency leave, but chose to remain in training at Jeff’s request to finish with his fellow Air Force “brothers.”

“It was a tremendous display of leadership and character,” Bellavance said. “It was remarkable he remained as focused as he did, knowing an immediate member of his family suffered life-threatening injuries.”

Though Alan did not see his brother until after graduation, local support from the Air National Guard came much sooner. Just two days after the bombing, 157th Air Refueling Wing Command Chief Master Sgt. Brenda Blonigen and his first sergeant, Master Sgt. Jeremy Hutchinson, visited Jeff in a Boston hospital.

“When Jeff saw them there, he knew I was in an organization that took care of its people,” Alan recalled. “That really helped [my family] tremendously.”

Blonigen marveled at Jeff in the early stages of recovery and the concern his family had for Alan while dealing with a serious emergency at home. Blonigen and Hutchinson ensured the family that Alan was in good hands.

“Jeremy and I tried to put their minds at ease,” Blonigen said. “I wanted to let them know the Air Force cares about its airmen. [The Lackland staff] really wrapped their arms around him.”

The gesture from Blonigen and Hutchinson also resonated with Bellavance, who said it spoke volumes to the effort the 157th ARW makes to take care of its airmen.

“When you hear that, you know you are coming back to a good place,” Bellavance said. “It was so reassuring to know that I made the right choice to enlist in the military, and now you belong to an organization that cares about your well-being.”

Alan was granted a two-week break in training between basic training and technical training to spend time with his brother. The reunion was an emotional one for the brothers, who spent most of their time together during Alan’s break. Alan said he was impressed with his brother’s resilience and quick recovery time. Witnessing it forged a sense of determination and resilience Alan brought with him during his next phase in Air Force training.

“I kept thinking Jeff would want me to do my best at everything,” Alan said. “That was my focus.”

His focus paid dividends during technical training at the Naval Construction Battalion Center in Gulfport, Miss. Alan was selected to the airman leadership program, where he served as the highest-ranking student leader and was an honor graduate. Alan said the low point of his journey was finding out his brother was injured. Since then, he added, he and Jeff have remained positive in moving forward.

“Things happen, and life goes on,” said Alan, whose brother released his book “Stronger” April 8. “My brother showed me that as long as your heart is beating, you still can do something.”By Air Force 2nd Lt. Brooks Payette
157th Air Refueling Wing 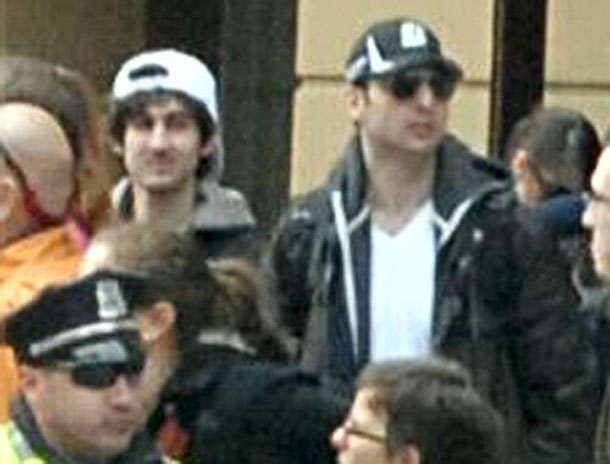