McLeod and Breanna Veneruz staked Thunder Bay to a 2-0 lead after one period of play.

The Queens then took control in the middle session tacking on four more markers to one for Frances to seal the victory.

Tia Lampo made it 3-0 on the power play before McLeod finished off her hat trick with two tallies in quick order.

Veneruz then added one more to round out the scoring.

Samantha Stubbs picked up the win in net.

Thunder Bay takes to the ice twice Saturday to wrap-up round robin play.

They’ll meet the Dryden Timberwolves at no one before finishing off with a 9:30 p.m. encounter with the Morden Hawks.

Meanwhile the Norcan midget A Queens are 0-1-1 after two games of a five-team exhibition series being held at Fort William First Nation Arena.

Thunder Bay allowed a late goal with under two minutes to play and settled for a 1-1 draw with the Red Lake Rams High School girls’ side.

Jordyn Paris notched the lone goal for the Queens.

The midget A’s then dropped a 5-1 decision to the Lake Superior Voyageuses in their second game.

Whitney Scott scored for Thunder Bay in that one while Sophie Lebrun had a hat trick for the Wawa-based Lake Superior team. 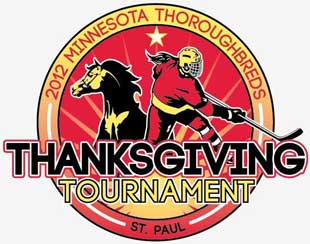