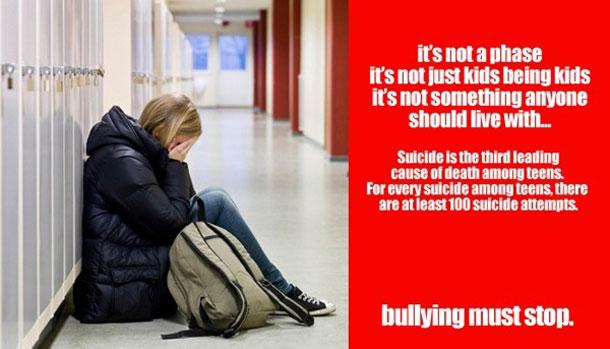 THUNDER BAY – The Thunder Bay Catholic School Board is moving toward getting Randi Greer back in classes. The thirteen-year-old student at Pope John Paul II Elementary School had been undergoing bullying at school over the past several months.

Randi suffers, as first reported on NetNewsLedger, from Tourette’s Syndrome.

The Catholic School Board in Thunder Bay has remained silent on the issue until last Friday.  However Frances White, Randi’s Grandmother reports to NNL that there now finally appears to be progress coming forward on the file.

First a request for a transfer for Randi out of Pope John Paul II is going to happen. The Board, according to Randi’s Grandmother had made this suggestion earlier, but then said it would not work because Randi would have to be on the bus starting at 07:00AM and would have to leave school early.

The Board has now agreed to make sure that Randi gets to class and safely home via taxi.

That is a start for Frances. However it isn’t enough.

The earnest Grandmother is seeking added commitment from the District Catholic School Board for a few things to ensure that other students, and from the online efforts Frances has been making on Facebook it now appears to her that bullying is a far more widespread issue than she thought, do not undergo similar bullying.

Frances is seeking support from the Board so that when Randi starts Grade Nine in the fall.

Additionally, as Frances feels that the issue has not been handled as it should have, she is seeking that the Board of Education commit to investing time in bullying awareness training for teachers, staff and Board Trustees and staff.

“We want to get anti bullying club started in the schools so the kids have someone to talk to and feel safe with,” comments Frances. “Kids need to be taught about bullying and that it is a criminal offense,” added Frances.

After the long series of issues helping to protect her granddaughter, Frances isn’t willing to accept the word of the Board of Education, she wants them to put their promises in writing.

“Just because there moving Randi to another school theres still the issue of bullying in the schools we want zero tolerence enforced,” stated Frances.

Tonight at 6PM outside of the Thunder Bay District Catholic School Board there will be a silent protest to spread the message that action is needed on bullying.