HALIFAX – Bruce Hyer, Member of Parliament for Thunder Bay–Superior North and Deputy Leader of the Green Party of Canada will be embarking on a rail trip from Halifax to Montreal this Sunday, in order to push for a national transportation strategy and to raise awareness of funding cuts which could mean the end of passenger rail in the Maritimes as early as this summer. 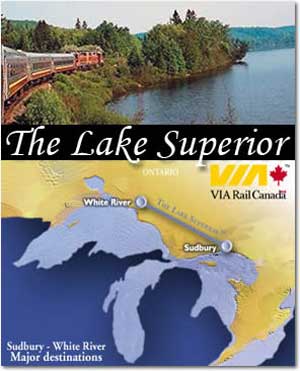 Hyer will begin his Save Maritime Rail tour with a rally at the Halifax Train Station at 10:00 AM on Sunday morning. The tour will include stops in Truro and Amherst, Nova Scotia, as well as Sackville, Moncton, Miramichi, Bathurst, and Campbellton, New Brunswick.

With CN Rail abandoning a 71-km stretch of track between Bathurst and Miramichi, New Brunswick that is shared jointly with VIA Rail, passenger rail service in the Maritimes will likely come to an end this July.

“Since Confederation, our coast-to-coast rail network has served to unite our country and streamline our economy,” said Hyer. “But today, we’re facing the cancellation of passenger rail service in places like the Maritimes, we have too many tragic accidents and freight derailments, especially with dangerous DOT-111 rail cars shipping bitumen, and we have a government that puts oil company profits above the public interest.”

“Right now, we are the only OECD country without a national transportation strategy,” said Elizabeth May, Member of Parliament for Saanich–Gulf Islands and Leader of the Green Party of Canada. “It’s time for this government to show some leadership and work to improve rail infrastructure and safety standards.”