VICTORIA – Canada – “We promised British Columbians we would overhaul B.C.’s outdated liquor laws – and we are keeping that promise,” said Attorney General and Minister of Justice Suzanne Anton. “As we release the final report today, you’ll see 73 wide-ranging reforms that will positively affect organizations – from local community festivals to music concerts, from hockey games to hotels – in communities all across B.C.”

Festival goers and sports enthusiasts, as well as the hotel industry and its patrons, will benefit from a third set of recommendations highlighted today from the now released final report on the B.C. Liquor Policy Review.

In addition, government has announced its full support for all 73 recommendations in the report. A number of these recommendations require significant policy work and implementation planning, which will be done over the coming months.

The recommendations highlighted will streamline the application process for special occasion licences (SOLs) and refresh outdated liquor policies around beer garden fencing, opening up new opportunities for B.C.’s multitude of festivals, special events and non-profit organizations. Sports and entertainment venues, as well as the hotel industry, will also see positive changes as the Province continues to modernize rules around liquor licensing.

“These recommendations are a direct reflection of the input I received from British Columbians, festival organizers, non-profit organizations and businesses – both small and large – during the Liquor Policy Review,” said John Yap, Parliamentary Secretary for Liquor Policy Reform. Government’s support for these recommendations will help transform B.C.’s outdated liquor laws in a host of different ways – enhancing convenience, sparking the economy and creating new opportunities for businesses and non-profits.”

Once legislative changes are made, festival goers will be able to roam the grounds with a pint, rather than being restricted to a cordoned-off beer garden. This will help decrease costs for festival organizers and allow parents with kids to enjoy a beer and remain with their family, as they might at a hockey game. In addition, mixed spirit drinks – rather than only beer, wine, cider and cooler products – will also be permitted at events like music festivals and regattas, with continued restriction of sales to minors.

“Opening up music festivals to whole-site licensing over the ‘beer garden’ model is a very positive move, “said Bob D’Eith, executive director of Music BC. “This will allow families to stay together at events, reduce costs for festival organizers and make the festival experience that much better for all fans of live music. We are optimistic that this and other positive changes announced today will help to keep B.C. venues and festivals going strong for years to come.”

The recommendations announced today will also affect stadiums and arenas throughout the province. Currently, B.C.’s stadiums and arenas are permitted to serve beer and wine to those in the general seating area, and spirits to those in private boxes or premium seats. Once these changes are made in law, these facilities will be able to serve spirits, such as rum, vodka or gin, to all patrons, no matter where they are seated.

“The Province of B.C.’s recommendations are good news for our fans because they allow us to offer more beverage options, and more flexibility in where we serve them, and they will help our efforts to reduce lineups and congestion at Rogers Arena events,” said Victor de Bonis, chief operating officer for Canucks Sports & Entertainment. “It’s a positive outcome for our organization, our guests and entertainment venues across the province.”

The hotel industry will also benefit from these changes. Visitors will soon be able to carry alcoholic beverages – such as a glass of wine from the lobby or hotel bar – to their room. The B.C. government will also extend the hours that patrons can receive liquor through room service, enabling further growth opportunities for the industry and enhancing guests’ experiences.

“Both staff and patrons will happily welcome the increased flexibility these changes bring to B.C.’s hotel industry,” said Ingrid Jarrett, president of the BC Hotel Association. “Allowing guests to purchase a glass of wine or champagne at the bar and bring it up to their room mirrors a practice that is commonly found at many resorts and hotels around the world and will further B.C.’s competitive advantage.”

In addition to the recommendations announced today – and in the Liquor Policy Review’s spirit of transparency – the full report is now available online and can be viewed at: http://engage.gov.bc.ca/liquorpolicyreview/

The goal of the Liquor Policy Review is to transform B.C.’s outdated liquor laws by enhancing convenience, sparking the economy, creating new opportunities for businesses and continuing to protect health and public safety. 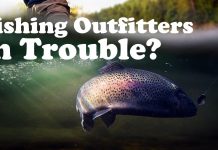