THUNDER BAY – Aboriginal News – The Wounded Knee Massacre occurred on December 29, 1890, near Wounded Knee Creek on the Lakota Pine Ridge Indian Reservation in South Dakota, in the United States. Black Elk (1863–1950); A Lakota Medicine man, Oglala Lakota who was an eye witness said, “I did not know then how much was ended. When I look back now from this high hill of my old age, I can still see the butchered women and children lying heaped and scattered all along the crooked gulch as plain as when I saw them with eyes young. And I can see that something else died there in the bloody mud, and was buried in the blizzard. A people’s dream died there. It was a beautiful dream … the nation’s hope is broken and scattered. There is no centre any longer, and the sacred tree is dead”.

Part of the issue at the time was that the United States Government was not honouring the treaties that they had signed with the First Nations.

General Nelson Miles in a telegram sent from his base in Rapid City to General John Schofield in Washington, D.C. on December 19, 1890 wrote, “The difficult Indian problem cannot be solved permanently at this end of the line. It requires the fulfillment of Congress of the treaty obligations that the Indians were entreated and coerced into signing. They signed away a valuable portion of their reservation, and it is now occupied by white people, for which they have received nothing.”

“They understood that ample provision would be made for their support; instead, their supplies have been reduced, and much of the time they have been living on half and two-thirds rations. Their crops, as well as the crops of the white people, for two years have been almost total failures.”

“The dissatisfaction is wide spread, especially among the Sioux, while the Cheyennes have been on the verge of starvation, and were forced to commit depredations to sustain life. These facts are beyond question, and the evidence is positive and sustained by thousands of witnesses.”

To this day the Sioux have refused to accept compensation for the Black Hills land seized from them. A 1980 Supreme Court decision (United States v. Sioux Nation of Indians) ruled the taking was illegal and awarded compensation, increased by interest to $757 million dollars, but not the return of the land which the Sioux sought. The Lakota have refused to take the money, demanding, instead, the return of the land.

Another factor that led to the massacre was the failure of understanding, or accepting the culture of the Lakota people. There was a movement at the time that had many in the Sioux Nation believing that the Christian Messiah had returned, and was an Indian.

Many of the spiritual leaders started Ghost Dancing. That frightened the settlers and the U.S. military, who believed it was a possible prelude to war.

The Ghost Dancers wore special shirts that the people believed made them invulnerable to the soldier’s bullets.

The battle started after a shot was fired, and Chief Sitting Bull was killed by a soldier who shot him in the head.

By the end of the shooting, which lasted about an hour, 150 Lakota had been killed and fifty Lakota were wounded. 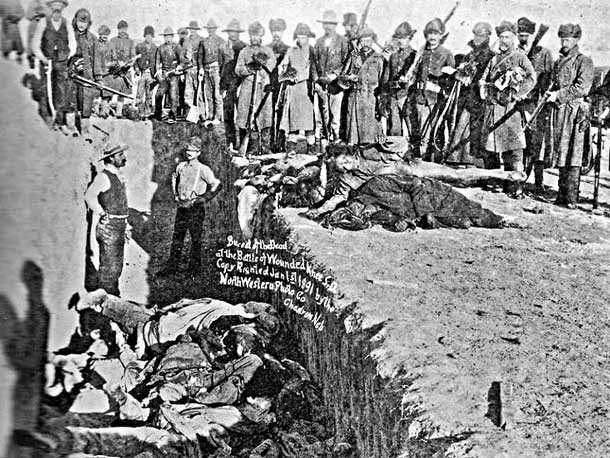 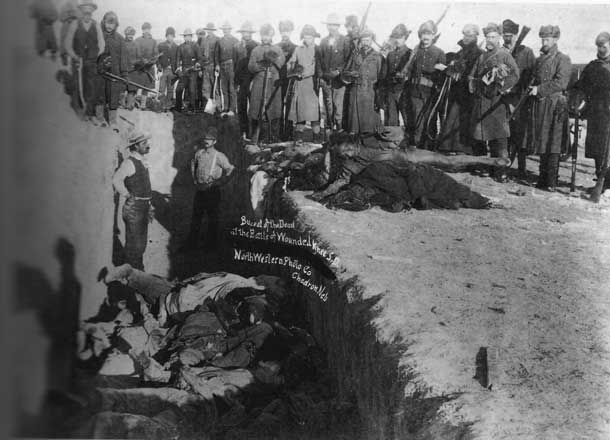 Snow in the Forecast for Thunder Bay